The images in this collection are derived from high resolution scans of glass 3.25 X 4 inch "lantern slides" that were part of a large collection of slides covering his years at the Rockefeller University and Yale University School of Medicine. These selected images were scanned by James D. Jamieson, M.D., Ph.D., a student of Palade.

George E. Palade (1912-2008) received his M.D. from the School of Medicine of the University of Bucharest, Romania. He was a member of the faculty of that school until 1945 when he came to the United States for postdoctoral studies. He joined Albert Claude at the then Rockefeller Institute for Medical Research in 1946 and was appointed Assistant Professor at the Rockefeller in 1948. He progressed from Assistant Professor to full Professor and head of the Laboratory of Cell Biology until 1973 when he moved to Yale as Professor and Chair of the Section of Cell Biology which became the Department of Cell Biology in 1990 with James D. Jamieson, M.D., Ph.D. as its first chair. He became a senior investigator and Advisor to the Dean in 1983. In 1990, Dr. Palade moved to UCSD as Professor of Medicine in Residence, and Dean for Scientific Affairs. He is a member of the National Academy of Sciences and of the American Academy of Arts and Sciences. He has received numerous honorary degrees and prizes, which include a Nobel Prize in 1974 (shared with Albert Claude and Christian DeDuve), and the National Medal of Science, USA in 1986.

The images also include some of the earliest electron micrographs taken by collaborators of George Palade both at the Rockefeller University (1945 - 1973) and at Yale 1973 - 1990). They include micrographs taken by Professor Marilyn Farquhar, Ph.D., whose studies elucidated the function of the glomerular basement membrane in renal filtration. Dr. Farquhar was Professor of Cell Biology at the Yale University School of Medicine from 1973 - 1990 when she moved to UCSD where she is Professor and Chair, Department of Cellular and Molecular Medicine. In addition, there are images from numerous postdoctoral fellows, students and collaborators including Drs. Maya and Nicolae Simeonescu (capillary endothelium), James Jamieson (secretory pathway in the exocrine pancreas; atrial granules), Lucien Caro (electron microscopic autoradiography), Philip Siekevitz, John Bergeron and Japoco Meldolesi (microsomes, Golgi fractions), and Sanford Palay (synapses) among others.

While at Yale, George Palade and Marilyn Farquhar were dedicated to teaching and made the cell biology course for medical students the outstanding course in the basic sciences at the medical school and probably in the country, a reputation it continues to enjoy. Electron microscopic images and their interpretation were key components of their teaching.

It is Dr. Palade's wish that this collection of his electron microscopic images be freely available to students and scientists world-wide. 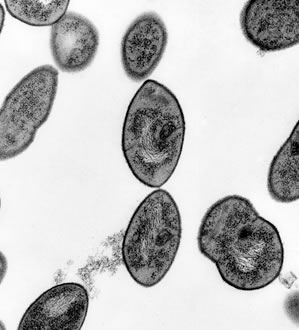 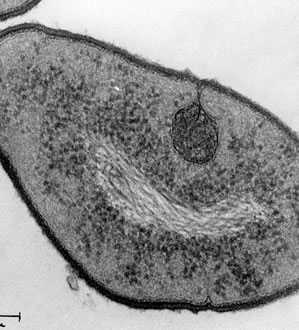 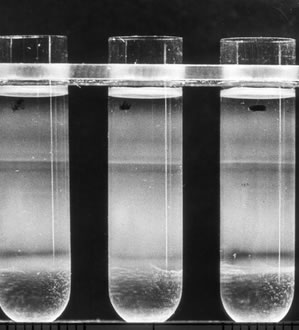