Peter Parker, medical missionary and diplomat to China, was born in Framingham, Massachusetts in 1804. His parents were farmers and devout followers of the orthodox Congregational faith. Parker attended Yale College, graduating in 1831, and remained in New Haven to study theology and medicine, earning his M.D. from the Medical Institution of Yale College in 1834. In January of the same year he was ordained to the Presbyterian ministry in Philadelphia, one month before departing for Canton as the first Protestant medical missionary to China. One year after his arrival, with assistance from American and British benefactors, he opened the Ophthalmic Hospital at Canton. Parker specialized in treating diseases of the eye, particularly cataracts, but also performed general surgical operations including the removal of tumors. He is probably best known for the introduction of anesthesia to China in the form of sulphuric ether.

During his first trip to China, Parker made the acquaintance of the Western trained Chinese painter, Lam Qua. In the 1820s Lam Qua had studied under the patronage of George Chinnery, the first English painter to settle in China. Lam Qua's training and the level of mastery he developed enabled him to become one of the most revered Chinese painters utilizing the Western style of portraiture. As a result of his talent, he developed a sizable clientele from the Western community within as well as outside of Asia. The most celebrated body of work by Lam Qua is the impressive collection of portraits, commissioned by Peter Parker in the 1830's, of patients at the Canton Hospital with large tumors or other major deformities.  Images displayed here represent only a part of the collection of Lamqua's work held by the Medical Historical Library at Yale University. The portraits are of men, women, and children of a variety of ages and at various stages in the progression of their tumors.

Entries about each portrait have been taken from Peter Parker's journals when available; otherwise, they are accompanied by descriptive material provided by Karina Corrigan, Jack Lee, Ph.D., and William Strole, M.D. under the auspices of the Essex Peabody Museum in Salem, Massachusetts. Peter Rachmann, Ph.D., of Michigan State University has identified some of the sitters. Jadwiga Kamola (M.A.), Global Art History, University of Heidelberg, identifed many others, providing patient accounts published by Parker in the Chinese Repository.

Parker displayed these portraits on trips to the United States to promote his missionary activities. He left them to the Pathology Department of the Yale Medical School, which later gave them to the Historical Library. At some point, the portraits were numbered. Since most of the sitters are still unknown, the titles of the portraits are the numbers.

There are 80 portraits in the digitized collection, and a total of 86 portraits in Yale's collections.  The additional portraits are often duplicates of others in the series. 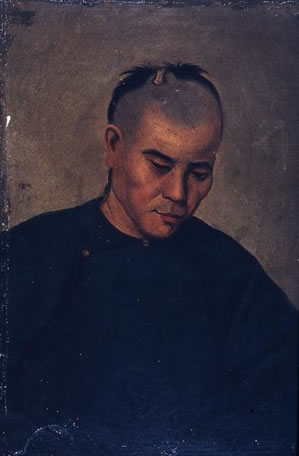 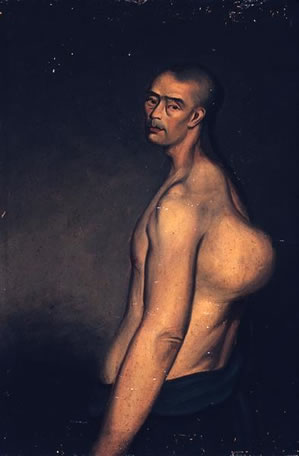 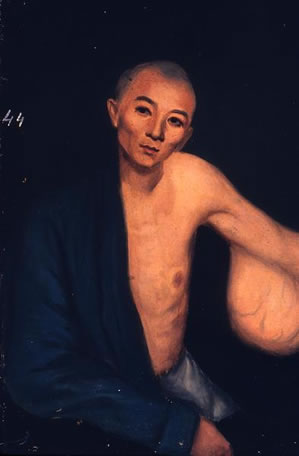