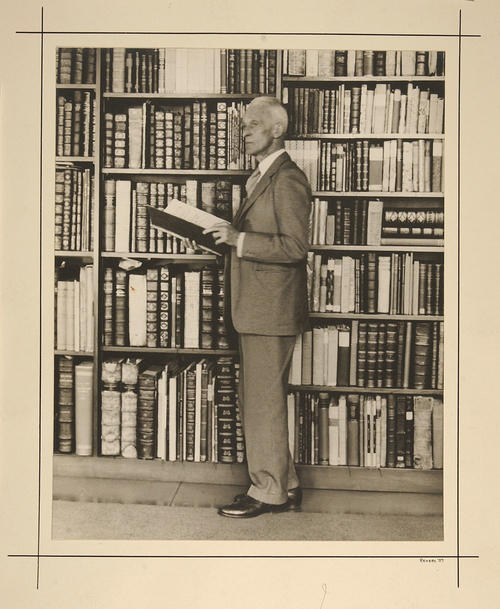 Harvey Cushing, M.D., 1869-1939 Internationally renown for his preeminence in neurosurgery, Cushing returned in 1933 to his beloved alma mater, Yale (Class of 1891), as Sterling Professor of Neurology.  Disciple and Pulitizer-prize winning biographer of William Osler, Cushing turned to book collecting early in his career.  His interests were very broad, extending to the classics of astronomy and the physical sciences, but among his special interests were Vesaliana, the works of Ambroise Paré, anatomy and surgery in general, medieval and Renaissance medical manuscripts and medical incunabula. Toward the end of his life he was working on his Bio- Bibliography of Andreas Vesalius, published posthumously in 1943.  Under the auspices of the Historical Library, a printed catalog of the Cushing collection appeared that same year.

Cushing, Fulton and Klebs were medical humanists who regarded books as the key to understanding the past and as a means of guiding the present and future of medicine and science.  Books and their authors were an integral part of their lives.  Cushing envisioned a great medical library with both rare and new books as “a common meeting ground where the different streams of knowledge will coalesce” and a place “where an interest in the history of our great profession will so flourish as to permeate into all departments of a much-divided [medical] school.”  This photograph shows Cushing and his books in his home on Whitney Avenue, New Haven, in 1937.