Other Early Collectors and Donors

George Milton Smith bequeathed to the Historical Library in 1951 a magnificent collection of works on marine biology, especially ichthyology, including many fine illustrated works of the 16th and 17th centuries. Smith was a graduate of Yale College (1901) and received his M.D. from Columbia University.

In World War I he served with the Yale Unit overseas (Mobile Hospital No. 39). Between the wars, he practiced medicine in Waterbury, Connecticut. His very active and significant research career focused on cancer, including comparative pathology of tumors in animals, and industrial medicine.

From 1933 on, he was a research associate of the Yale Department of Anatomy. With their common bibliophilic interests, Smith and Cushing became good friends in the 1930s, and Cushing encouraged him to leave his treasures to Yale. 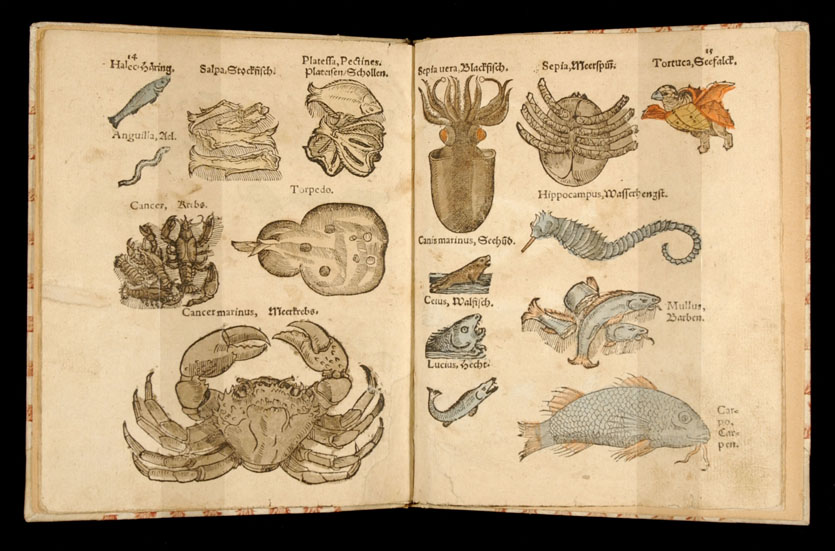 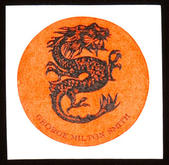 One of two early bestiaries donated by George Milton Smith as part of his ichthyology collection. The woodcuts, colored by hand, depict animals with their names printed above in Latin and German.

Bookplate of George Milton Smith found in all of the books that he donated.

Gertrude Van Wagenen, a Yale research scientist, bequeathed, through her brother, Anthony van Wagenen, her marvelous collection of illustrated anatomical works as well as goiter dolls and ivory anatomical manikins. Married to Crawford F. Failey, M.D., who inherited great wealth, she began collecting on travels abroad in the 1920s. Van Wagenen obtained her Ph.D. at the University of Iowa in 1919. Beginning in 1931, commuting from her home in New York City, she established a research laboratory and colony of macaque monkeys, at Yale, and carried out pioneering research on the reproductive biology of primates.

Her modest official title as Research Associate in the Department of Obstetrics and Gynecology and Lecturer in Anatomy, belied her many scientific achievements. Van Wagenen’s collection included several triple folio works such as the eighteenth-century color mezzotints of anatomies by Jacques Gautier d’Agoty.

Below is an edition of one of the smaller-format anatomies donated by Dr. Van Wagenen, noted for its beautiful copperplate engravings. Casseri, an accomplished Italian professor of anatomy, was especially known for his research on the comparative anatomy of the larynx.