Skip to main content
Home → News → Exhibit: "War is not healthy for children..." and Other Recent Acquisitions

Exhibit: "War is not healthy for children..." and Other Recent Acquisitions 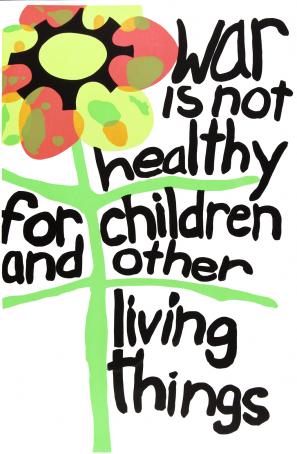 This small exhibit highlights protest posters from the 1980s and 1990s, including those of the organization Physicians for Social Responsibility opposing the neutron bomb.

On view, also, are Keith Haring’s “No Nukes” and multiple images of the “mushroom cloud” in calls for action. A popular novelty poster advises-- “When the bomb goes off, make sure you are higher than the bomb.”

New York City’s Statue of Liberty appears in three posters in which she warns of pollution and climate change.

On view through December in the Library Hallway.