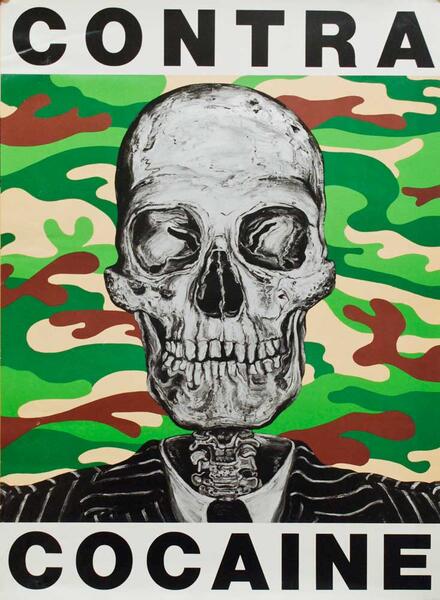 The powerful, gritty political posters of Robbie Conal are seen on city streets and the walls of major museums. This selection includes "Contra Cocaine," 1988, which addresses the introduction of crack cocaine into the U.S. via Los Angeles in the 1980s and "Freedom From Choice," 1992, on a woman's right to abortion information in publicly funded clinics. From Conal's series of political portraits, former Speaker of the U.S. House of Representatives John Boehner appears in "Wealth Care," 2011.