In 1979 Cushing's collection of brains was moved to the sub-basement of the Yale School of Medicine student dormitory, the ES Harkness Hall. In the early 1990s, a group of adventurous medical students discovered the collection and the Brain Society was formed. 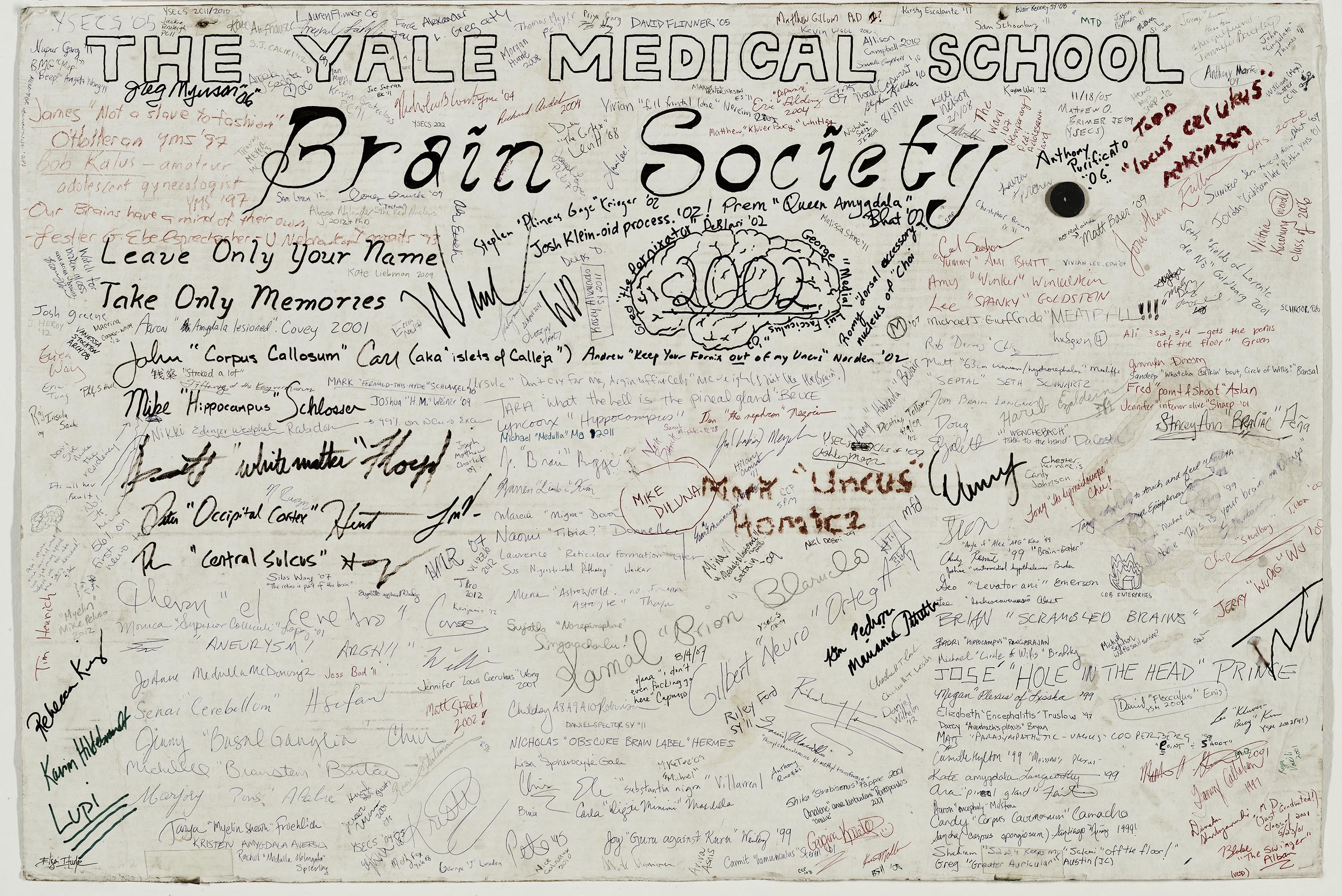 [The brain room was] behind a locked door that could be breached with a screwdriver.

Only a few students knew about the basement. But those who emerged from a visit were duly spooked.

'It was like a shop of horrors,” said Christopher Wahl, who visited multiple times while at the medical school in the late 1990s. “The overwhelming atmosphere was that you’re in a place that you maybe shouldn’t be in, lit by bare incandescent bulbs with a dirty floor in an old basement that smells of formaldehyde.'

'The brain specimens are spooky because they’re just weird, but the thing that was most arresting was when you’d actually dust off these photographic negatives,” he said. “A negative is spooky no matter what you’re looking at, but these were anywhere from gruesome to sort of obtusely beautiful images, and they were very much a time stamp.'

'It almost has a ghostly, spiritual feel.'

Students, he said, 'all dealt with it a little differently. Like some people would sort of laugh inappropriately. Some felt it was really sacred. And you didn’t want to be disrespectful, but at the same time …'

Wahl, who is now an orthopedic surgeon in Seattle, was struck deeply enough by the experience that he devoted his medical school thesis to a historical analysis of the collection, which was known for decades as the Cushing Brain Tumor Registry.

After he left Yale, students continued to secretly break into the basement, while others in the medical school community took up the idea of creating a permanent exhibit. Two planned sites for a permanent exhibition fell through. Then organizers discovered available space in a campus library — more specifically, the library basement.

Excerpt from In a basement on Yale’s campus, a ‘shop of horrors’ concealed medical history by Bob Tedeschi