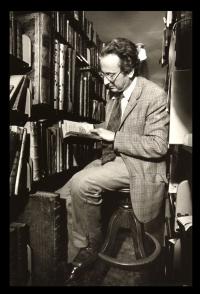 The Ferenc Gyorgyey Research Travel Grant is available to historians, medical practitioners, and other researchers outside of Yale who wish to use the Historical collections of the Harvey Cushing/John Hay Whitney Medical Library. In any given year the award is up to $1,500 for one week of research.  Funds may be used for transportation, housing, food, and photographic reproductions. The award is limited to residents of the United States and Canada.

The Medical Historical Library holds one of the country’s largest collections of rare medical books, journals, prints, photographs, and pamphlets. It was founded in 1941 by the donations of the extensive collections of Harvey Cushing, John F. Fulton, and Arnold C. Klebs. Special strengths are the works of Hippocrates, Galen, Vesalius, Boyle, Harvey, Culpeper, Haller, Priestley, and S. Weir Mitchell, and works on anatomy, anesthesia, and smallpox inoculation and vaccination. The Library owns over fifty medieval and renaissance manuscripts, Arabic and Persian manuscripts, and over 300 medical incunabula.  The notable Clements C. Fry Collection of Prints and Drawings has over 2,500 fine prints, drawings, and posters from the 15th century to the present on medical subjects, and the collection has expanded to approximately 10,000 items.  Themes include social justice, war, drug use, reproductive rights, HIV/AIDS, activism, and more.  Although the Historical Library does not house the official archives of the Medical School, it does own a number of manuscript collections, most notably the Peter Parker Collection, papers of Harvey Cushing, and the John Fulton diaries and notebooks. The Library also owns an extensive Smoking and tobacco advertising collection, the Robert Bogdan collection of disability photographs and postcards, medical imagery from popular publications donated by Bert Hansen, and smaller collections of patent medicine ephemera from noted collector William Helfand.

The award honors Ferenc A. Gyorgyey, former Historical Librarian. Ferenc A. Gyorgyey was born in Hungary and immigrated to the United States at the time of the Hungarian Revolution.  He received his library degree at Southern Connecticut State University in 1961 and a master’s degree in history from Yale in 1967.  In 1962 he was hired by Madeline Stanton (then Librarian of the Yale Medical Historical Collections) as a cataloger for the Historical Library, and was named Historical Librarian when Miss Stanton retired in 1968.  Known for his graciousness, devotion to patrons, a thorough knowledge of the collection, and a remarkable sense of humor, he held this position for 26 years until his retirement in 1994. Ferenc Gyorgyey passed away in 2014.

The deadline is May 1st, 2020.  A committee will review applications and grant recipients will be notified in early June.

Past Recipients of the Grant

2019
Christopher Babits: “To Cure a Sinful Nation: Conversion Therapy in the United States”

2018
-Jonathan Jones: "A Mind Prostrate": Physicians, Opiates, and Insanity in the Civil War's Aftermath
-Jaipreet Virdi: "The Science of Hearing Conservation: Norton Canfield and the Formation of Audiology in Postwar America"

2017
Thomas Ewing: “The Grip[pe], and the Nerve Exhaustion that Followed It”: Research on the History of Tuberculosis and Influenza in Yale Medical Historical Collections

2016
-Whitney Wood:"A New Way to Birth?  Herbert Thoms and the International Natural Childbirth Movement"
-Erin Travers: "Boundaries of the Body: The Art of the Anatomy in the Seventeenth-Century Netherlands"

2015
Rebecca Brannon: "Did the Founding Fathers Live Too Long?"

2014
Lianne Habinek: "Such Wondrous Science: Early Modern Literature and the Birth of Neuroscience"

2009
Delia Gavrus: “Men of Strong Opinions’: Identity, Self-Representation, and the Construction of Neurosurgery, 1919-1920”

2008
Karin Ekholm: “Generation and Its Problems: Harvey, Highmore and their Contemporaries”