The U.S. Civil War (1861-65) sparked a massive epidemic of opioid addiction among those who fought and survived the bloody conflict. 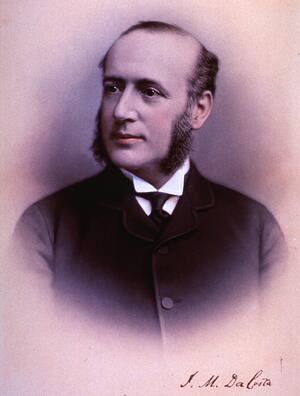 The war mobilized millions of soldiers, hospital workers, and freedom-seekers, bringing people into contact with unfamiliar microbes, insects, and animals. This mass movement of bodies and pathogens resulted in extreme outbreaks of measles, smallpox, typhoid fever, and other deadly, terrifying diseases. Brutal technological innovations like the Minié ball caused ghastly, agonizing wounds, and men who survived often spent the rest of their lives in chronic pain.

Military surgeons tasked with patching up wounded soldiers and treating the sick had their jobs cut out for them. Often-times army doctors were simply civilians pressed into service by circumstance, and they fell back on fundamental therapies to mitigate sickness and suffering. Opiates, the most common medicines in antebellum America, thus became defensive weapons in Civil War’s medical arsenal, “important to the surgeon as gunpower to the ordinance,” according to one military medical handbook.

Opium pills, morphine injections, and laudanum (a blend of opium and alcohol) were some of the Civil War’s most widely used medicines. Opiates were marvelous painkillers—morphine and synthetic opioids are still standard palliatives today—and the medicines were also surprisingly useful for suppressing symptoms like diarrhea and coughing. Civil War armies could not have functioned without opiates, which surgeons doled out widely during and after the war to ailing soldiers.

Opiates are addictive, however, and doctors’ prescriptions all-too-predicably led to addiction for Civil War veterans. Not only was opiate addiction dangerous and unhealthy, resulting in thousands of overdose deaths between the 1860s and the early twentieth century, but the condition was also deeply stigmatized in Civil War America. Most Americans considered addiction to be an unmanly and immoral vice. Addicted veterans deserved punishment, not sympathy, according to contemporary observers. Consequently, addicted veterans faced terrible outcomes, a theme I explore in a recent journal article investigating the experience of opiate addiction for veterans. 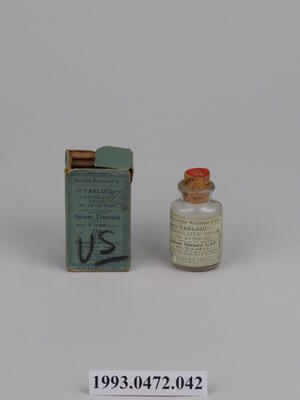 Naturally, many addicted veterans blamed the doctors who first introduced them to opiates. But how did doctors react to veterans’ blame? Did they reject charges of culpability, or admit that prescriptions lay at the root of Civil War America’s opioid crisis? Did the crisis affect how doctors practiced medicine, and if so, what did any changes mean for the course of American medicine?

These are questions I address in my book manuscript, “Opium Slavery: Veterans and Addiction in Civil War America,” which is based on my dissertation (Binghamton University, 2020). In 2020-21, as a postdoctoral fellow at Penn State’s Richards Civil War Center, I am revising my book for publication. My research for this project benefited immensely from a Ferenc Gyorgyey Research Grant awarded by the Harvey Cushing/John Hay Whitney Medical Library in 2018-19. The library’s inimitable collection of nineteenth-century American medical records provided a major component of my evidentiary base, allowing me to investigate how the Civil War veterans’ opiate addiction epidemic refracted into medical practices and thought in the late-nineteenth century U.S. In particular, the Medical Historical Library holds incredibly rare clinical records that provide insights into how the Civil War-era opioid crisis altered the fundamentals of medicine, like prescribing patterns.

As I argue in my book, American physicians were deeply troubled by prescription opium and morphine addiction among veterans. Doctors were widely blamed for causing the post-Civil War opiate addiction epidemic by overprescribing opiates, and this blame was dangerous for physicians, who had a perilous position in the extraordinary competitive Gilded Age medical marketplace. The nineteenth-century American medical marketplace was remarkably democratic, and sick people could turn to a bewildering array of medical practitioners for health care. Throughout the Civil War era, physicians struggled to outcompete sectarian practitioners, patent medicine sellers, and so-called “quack” doctors. Something had to be done about prescription drug addiction, many physicians worried, because the problem threatened the profession’s reputation and commercial standing.

Consequently, I argue, during the 1870s and 1880s, ex-military surgeons—men like Jacob Mendes Da Costa of Philadelphia’s Jefferson Medical College—urged their colleagues to prescribe opiates sparingly, thus creating fewer cases of opiate addiction. Not to be overlooked, this shift away from opiate medicines was a radical reversal of nineteenth-century American therapeutic practices, which relied heavily on opiates to treat all manner of ailments. Da Costa was a former Union army surgeon famous in his day for conducting research on cardiac distress among Union army soldiers and veterans. In an influential 1871 medical journal article, Da Costa urged his colleagues to refrain from prescribing opiates to men suffering from chronic pain, warning that there was “great risk of making the patient an opium eater”—a dual risk for patients' health and physicians’ reputations. 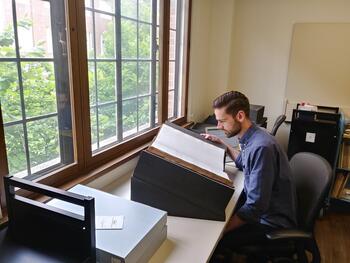 I suspected that Da Costa, for his part, practiced what he preached. That’s what brought me to Yale’s Medical Historical Library. Considering his firsthand knowledge of addiction, I wanted to investigate how Da Costa’s prescribing patterns might have differed from his peers in reaction to witnessing addiction among soldiers. After the Civil War, Da Costa set up shop in Philadelphia, where he taught clinical medicine at Jefferson Medical College. At Yale during the spring of 2019, I quantified Da Costa’s patient records from the Jefferson Medical College’s public teaching clinic in Philadelphia. They document the medical histories of thousands of individuals suffering from a wide variety of painful conditions. The records include detailed prescriptions, and a sample of 1,945 cases dating from October 1870 to October 1875 indicate that Da Costa and his trainees prescribed opiates to just 371 patients, or 19%. By comparison, Yale historian John Harley Warner has found that about 42% of prescriptions from a comparable public hospital in Boston during the 1870s contained opiates—more than double the rate of Da Costa’s Philadelphia clinic. In other words, Da Costa and his medical trainees relied much less heavily on addictive opiate medicines than their contemporaries.

The research that led to these surprising findings would have been impossible without a Ferenc Gyorgyey Research Grant from Yale’s Medical Historical Library. By facilitating access to Da Costa’s rare clinical records, the grant played an essential role in my dissertation research and ongoing book project.

Jonathan S. Jones is the inaugural Postdoctoral Scholar in Civil War History at Penn State’s George and Ann Richards Civil War Era Center in 2020-21, where he is currently preparing a book manuscript on opiate addiction in the Civil War era for publication. The project is derived from his dissertation on the same topic, defended at Binghamton University in June 2020. Jonathan’s recent publications include an article in The Journal of the Civil War Era’s June 2020 issue titled “Opium Slavery: Civil War Veterans and Opiate Addiction.” After Penn State, Jonathan will be joining the Department of History at Virginia Military Institute (VMI) as an Assistant Professor starting in August 2021. Connect with Jonathan on Twitter at @_jonathansjones or at jonathansjones.net.