About the Cushing Center

About the Cushing Center

The Cushing Brain Tumor registry is an immense archival collection of over 2,200 case studies which includes human whole brain specimens, tumor specimens, microscopic slides, notes, journal excerpts and over 15,000 photographic negatives dating from the late 1800’s to 1936. The collection began in 1902 when Dr. Harvey Cushing discovered one of his specimens was misplaced by the Johns Hopkins Pathology department. To avoid future misplacements, Cushing decided it was safest to retain the specimens himself. The registry documents the history of neurological medicine from its beginning.


The collection resides in the lower level of the Harvey Cushing/John Hay Whitney Medical Library. The space is designed to give visitors a unique experience showing Cushing as a caring surgeon, author, collector and bibliophile. Each specimen has been carefully examined, cleaned, and re-housed in the original one gallon jars by forensic scientist, Nicole St. Pierre. The Cushing Center opened on June 5, 2010.

History of the Collection

When Harvey Cushing retired in 1933 and returned to Yale and New Haven, he presumed his collection would stay in Boston. But due to unforeseen circumstances, Cushing moved the specimens to Yale in 1934. It was during the years 1934 to 1938, Cushing and Dr. Louise Eisenhardt worked diligently to gather complete photographic copies of each history for which he had a pathological specimen and complete the final part of his trilogy on intracranial tumor growths. After the book was published, Cushing turned his interests to the plans to build the Yale Medical Library. He insisted that a separate building be constructed for use by faculty and students of the medical school and hospital. He used his rare book collection and encouraged his colleagues John F. Fulton and Arnold C. Klebs to join forces by donating their rare books to begin a rare book collection in the new Medical Library. By 1938, however, the plans needed to be revised to save on building costs. 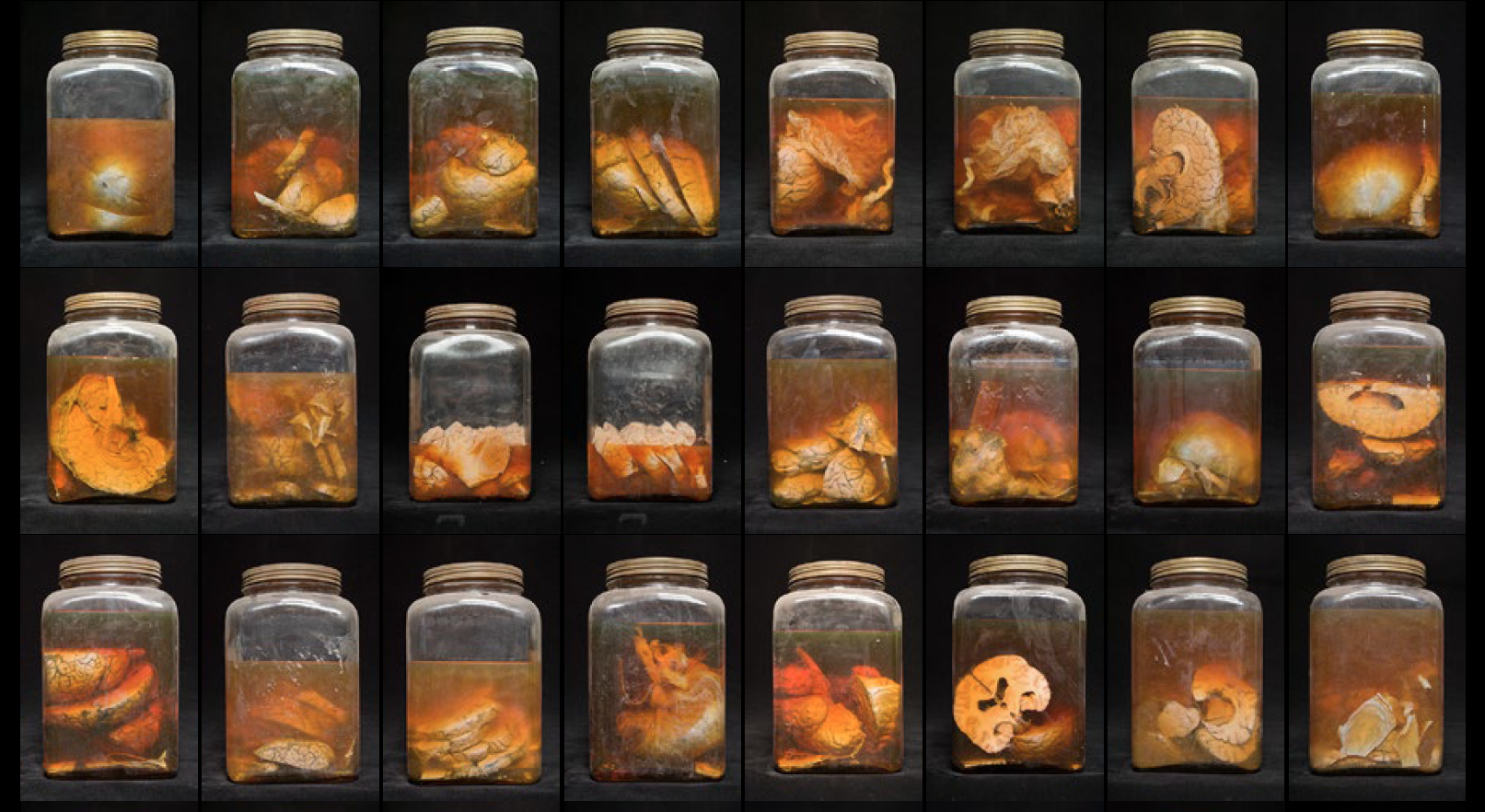 Harvey Cushing suffered a myocardial infarction and died on October 7, 1939, just days after he received word that the funds had be allocated to build the Medical Library. The Yale Medical Library was completed and dedicated on June 15, 1941. In 1939, after Cushing’s death, the Brain Tumor Registry received an endowment gift from Howard M. Hannah of Cleveland which meant the registry would stay here at Yale. Dr. Eisenhardt curated the collection for the next twenty years. The collection was housed in the Brady Museum sub-basement until 1967. In 1979, under Dr. Elias Manuelidis's curation, the entire collection was moved to the sub-basement of the student dormitory, ES Harkness Hall. In the early 1990s the collection was discovered by some adventurous medical students who had to sneak through dark crawl spaces to arrive at the “brain” room. Students would then sign a white board and become members of the “Brain Society” to acknowledge their trek to see the brains.

In February 1994 interest in the collection resurged and Dr. Albert W. Diddle gave a generous donation. He stipulated his donation be given to a student committed to a project that would directly benefit the institution. Dr. Diddle’s donation along with additional funding from the NIH and the James G. Hirsch, M.D. Endowed Medical Student Research Fellowship provided funds for a year of research to complete a thesis.

The recipient of this award was Christopher John Wahl, a Yale medical student who was interested in pursuing his thesis on the collection. He completed his thesis “The Harvey Cushing Brain Tumor Registry: changing scientific and philosophic paradigms and the study and preservation of archives” and received his M.D. in 1996. Dr. Christopher J. Wahl's interest in Cushing continues to this day; his most current article is Wahl CJ, Tubbs RS, Spencer DD, Cohen-Gadol AA "Harvey Cushing as a book collector, bibliophile, and archivist: the precedence for the genesis of the Brain Tumor Registry. Historical vignette." Journal of neurosurgery 2009 Nov; 111; 5; 1091-5 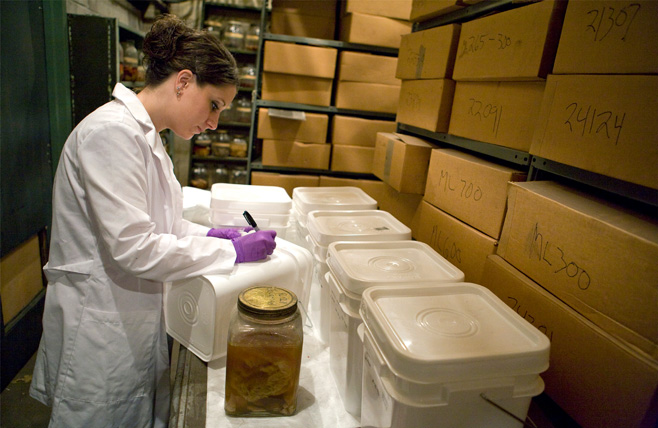 After considering several new locations for the Cushing collection, in the fall of 2008 Dr. Dennis Spencer, Chairman of the Section of Neurosurgery and R. Kenny Marone, the Library Director agreed the space in the Library’s stacks would be a perfect spot for the Brain Tumor Registry. As soon as the oversize books were transferred to a new location, the room was ready for demolition in July 2009. A team comprising Dr. Dennis Spencer, John Gallagher (medical library), Terry Dagradi (photo/design), Sarah Burge (preservation librarian), and Turner Brooks (architect) worked to transform the room. Each had their own expectations for the outcome, but the common goal was to provide the visitor with a unique experience showing Cushing as a caring surgeon, author, collector and bibliophile.