Explore 22 drawers below the display cases to reveal medical history through anatomy, instruments, and histology materials. 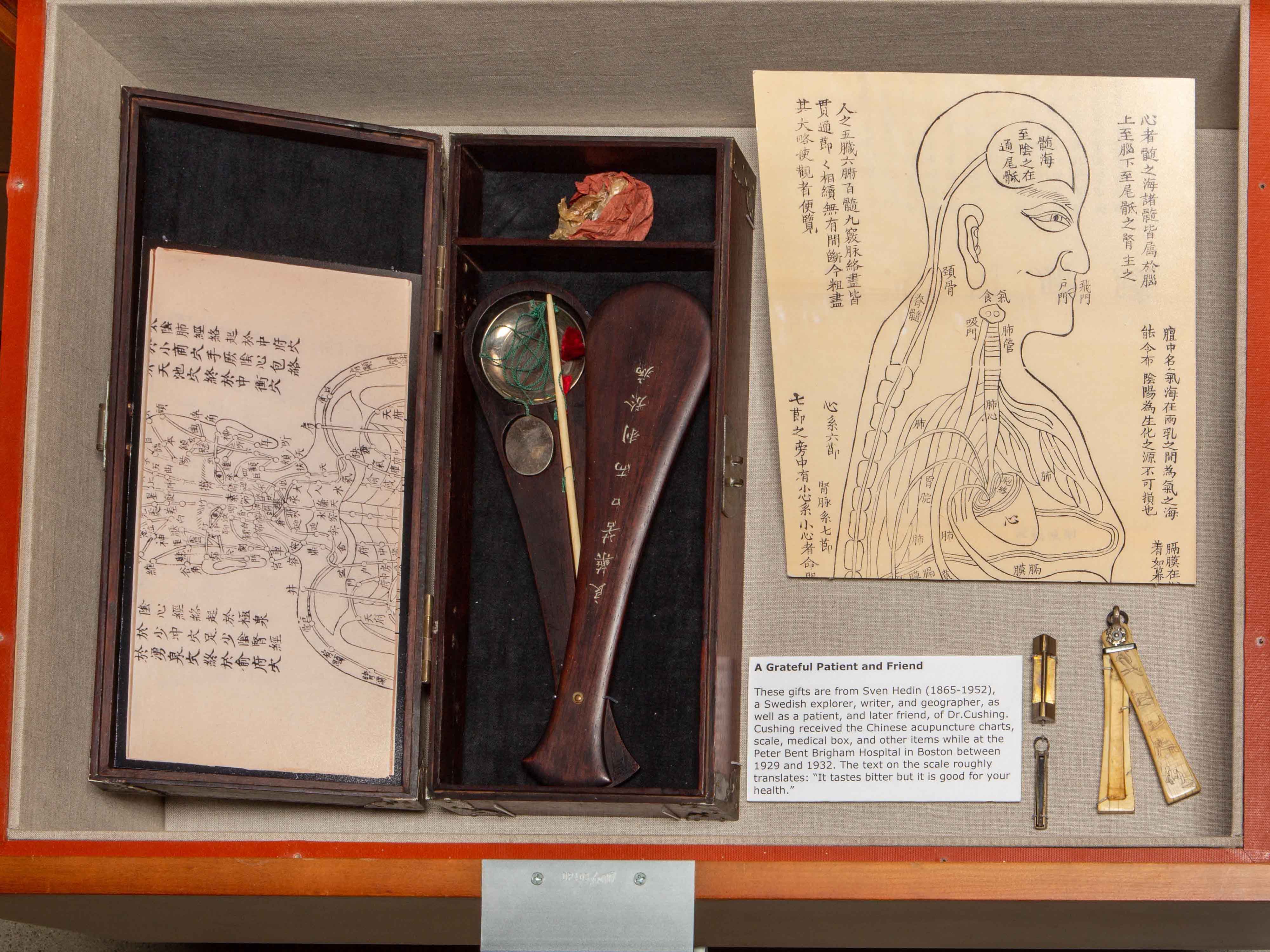 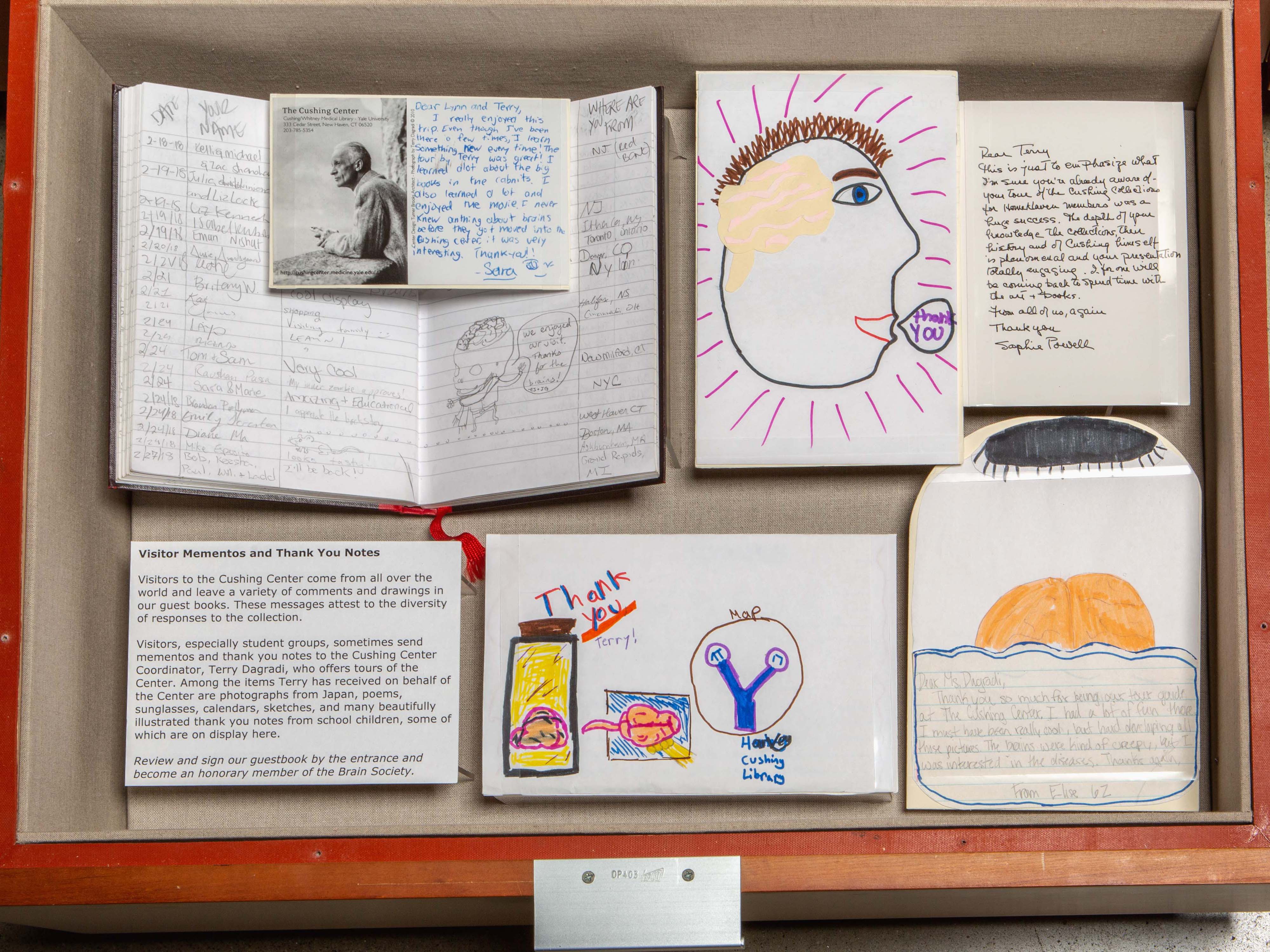 1B Visitor Mementos and Thank You Notes 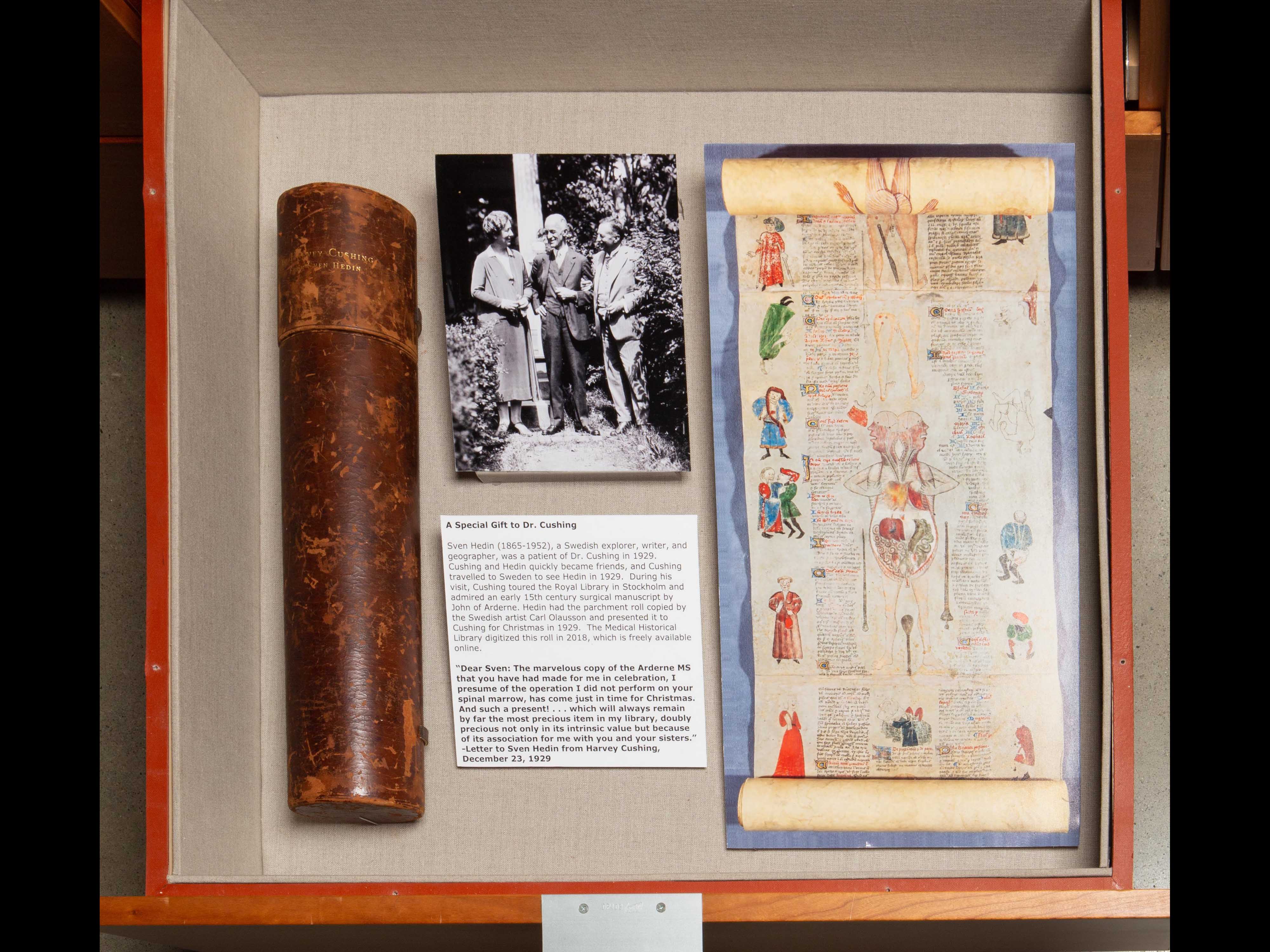 2T A Grateful Patient and Friend 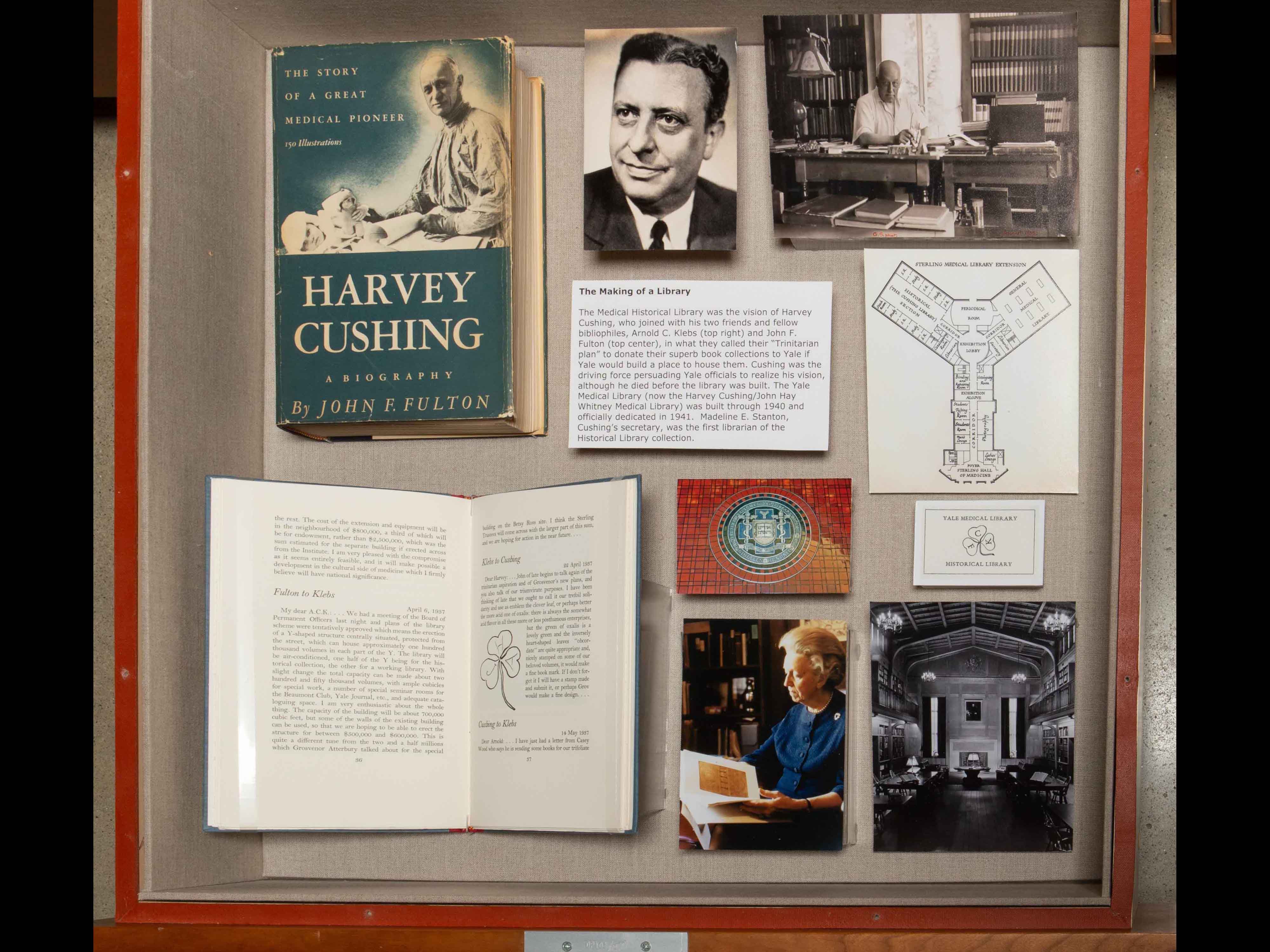 2B The Making of a Library 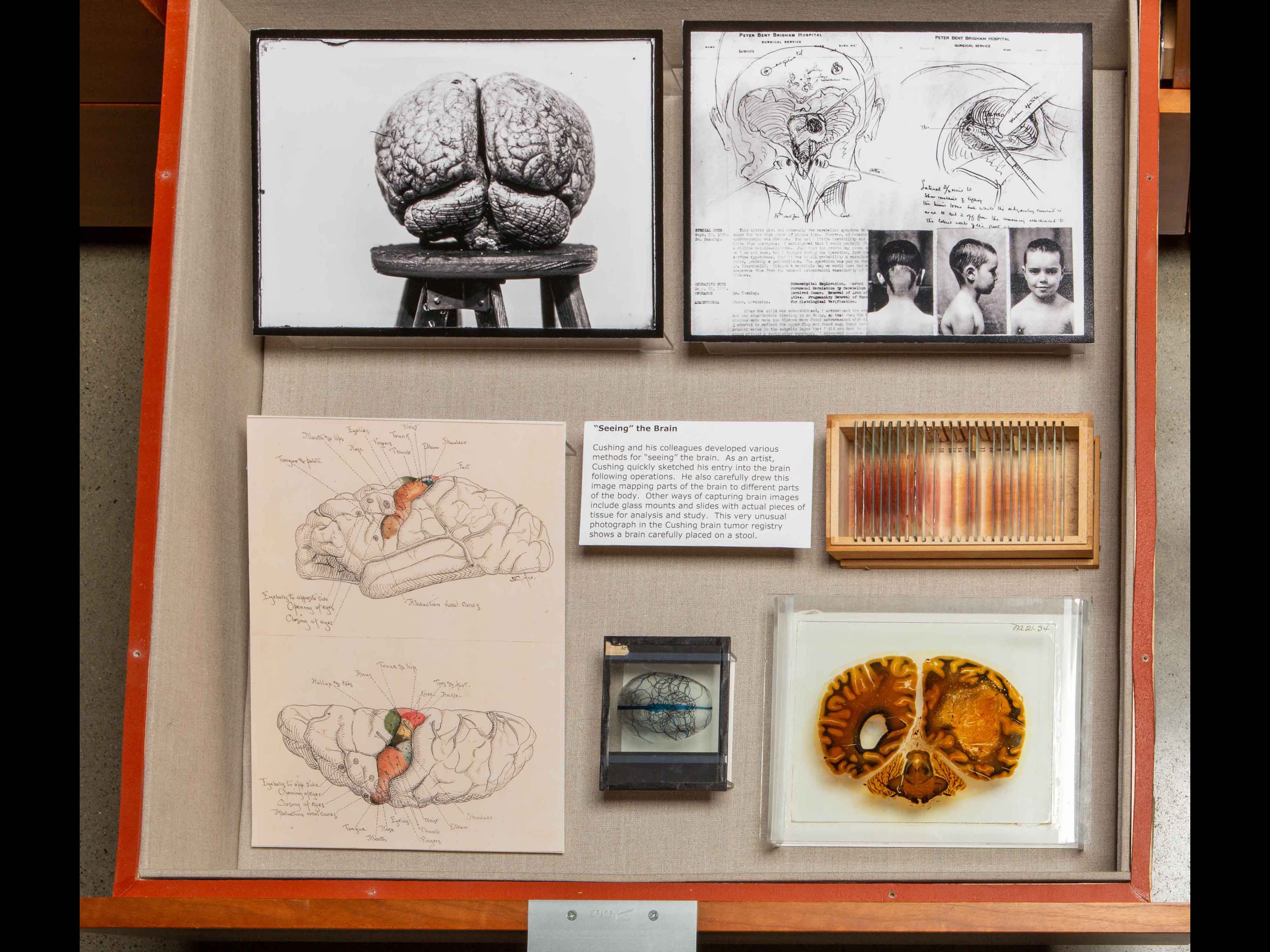 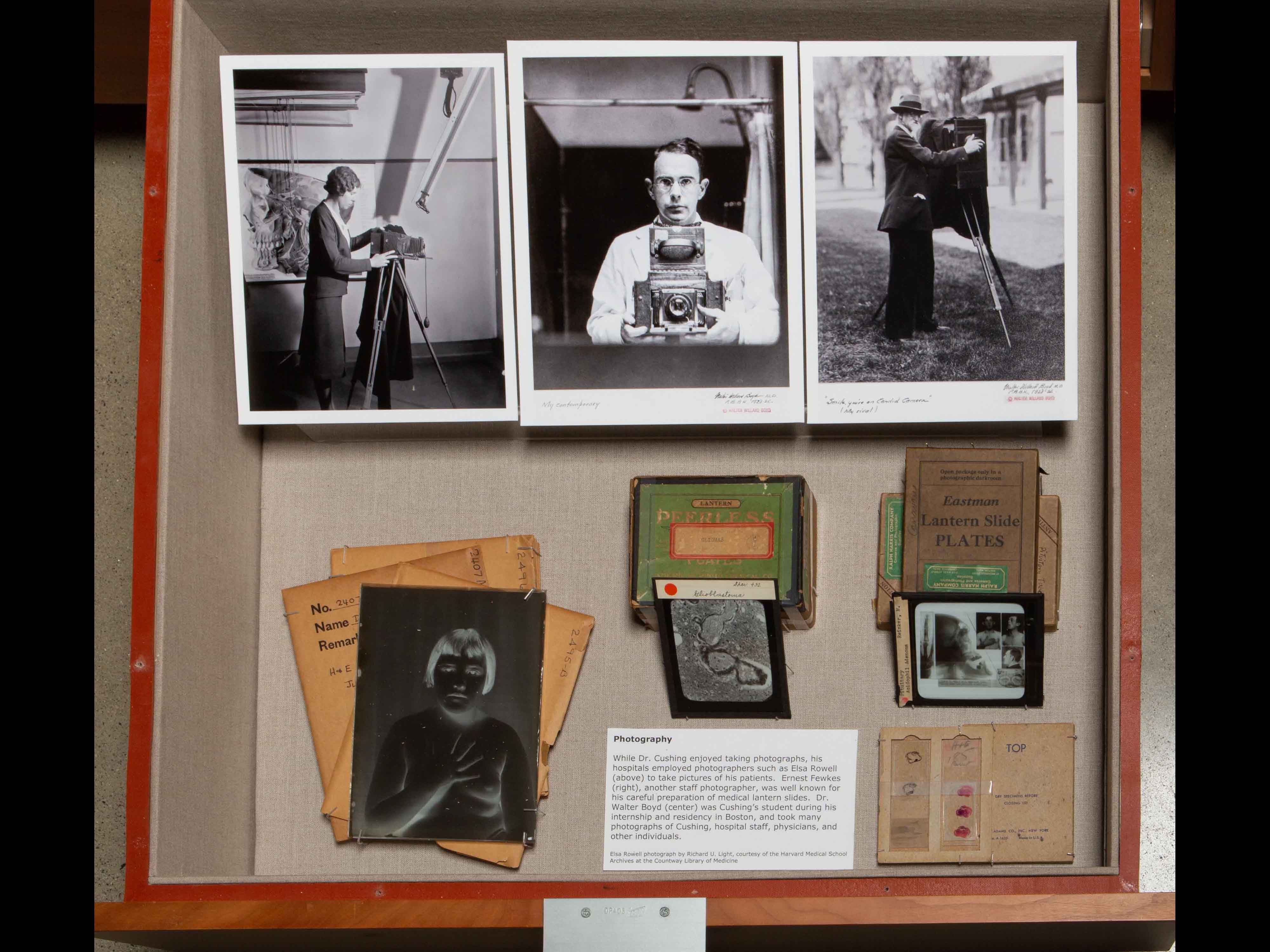 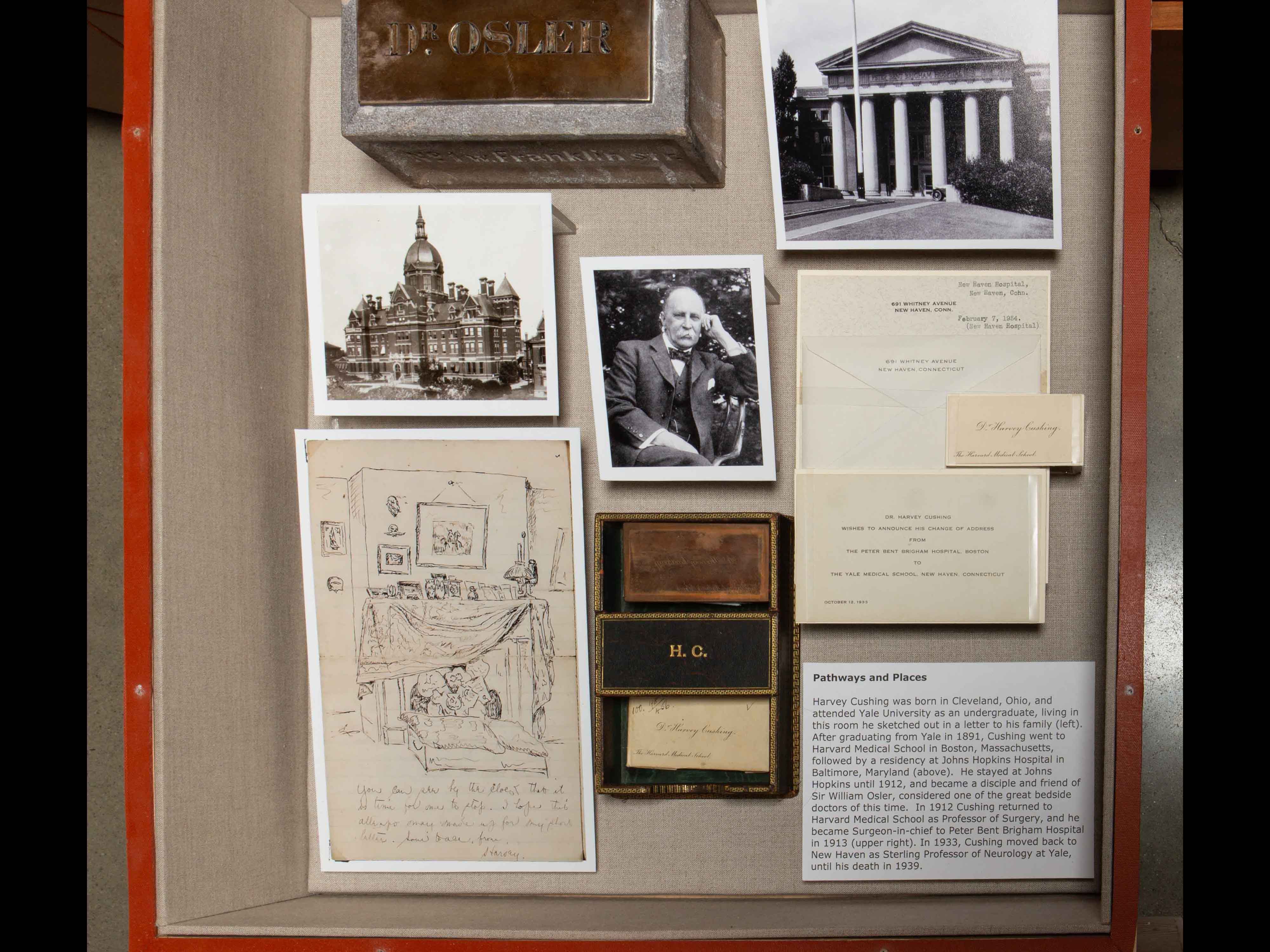 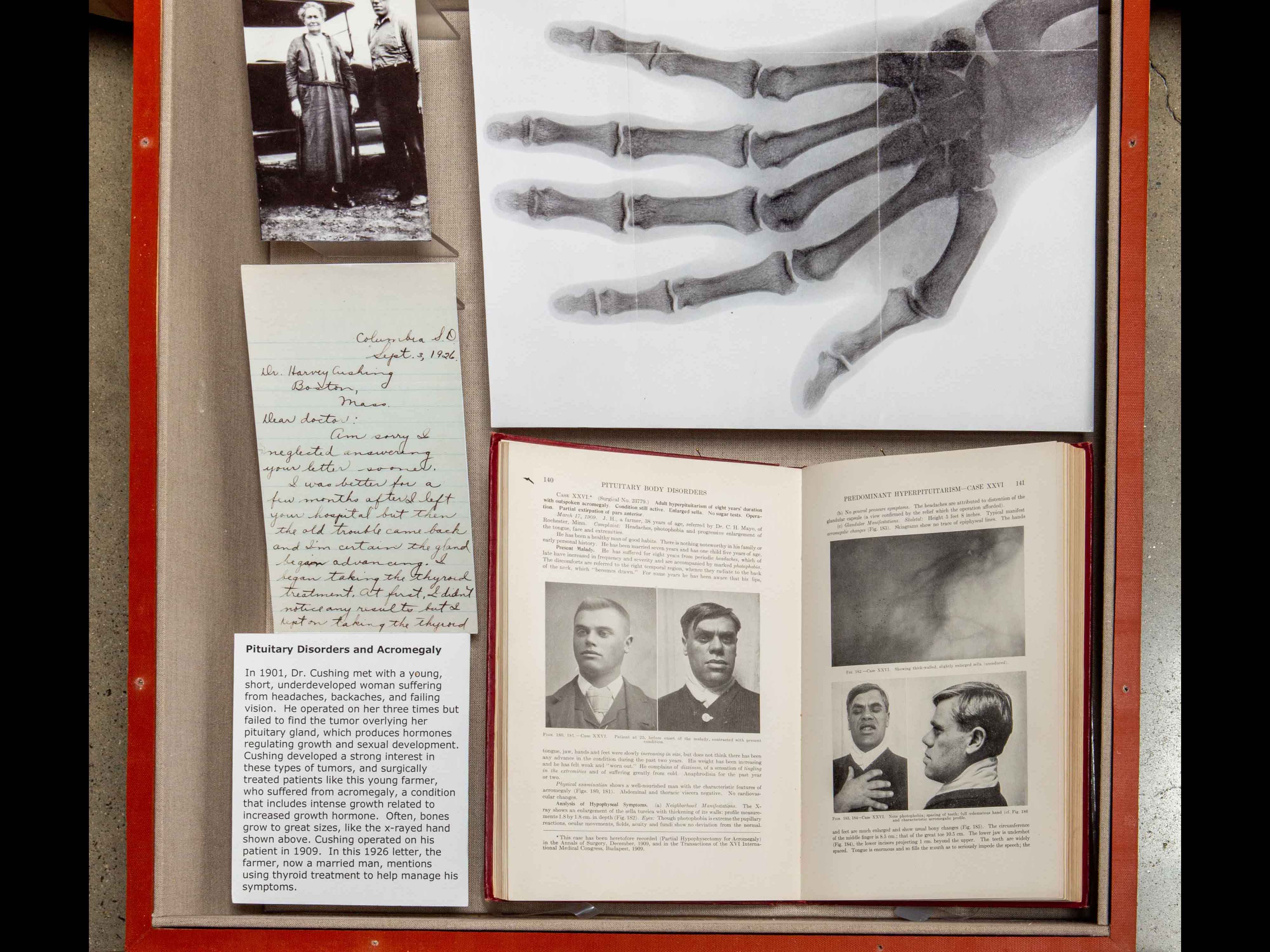 4B Pituitary Disorders and Acromegaly 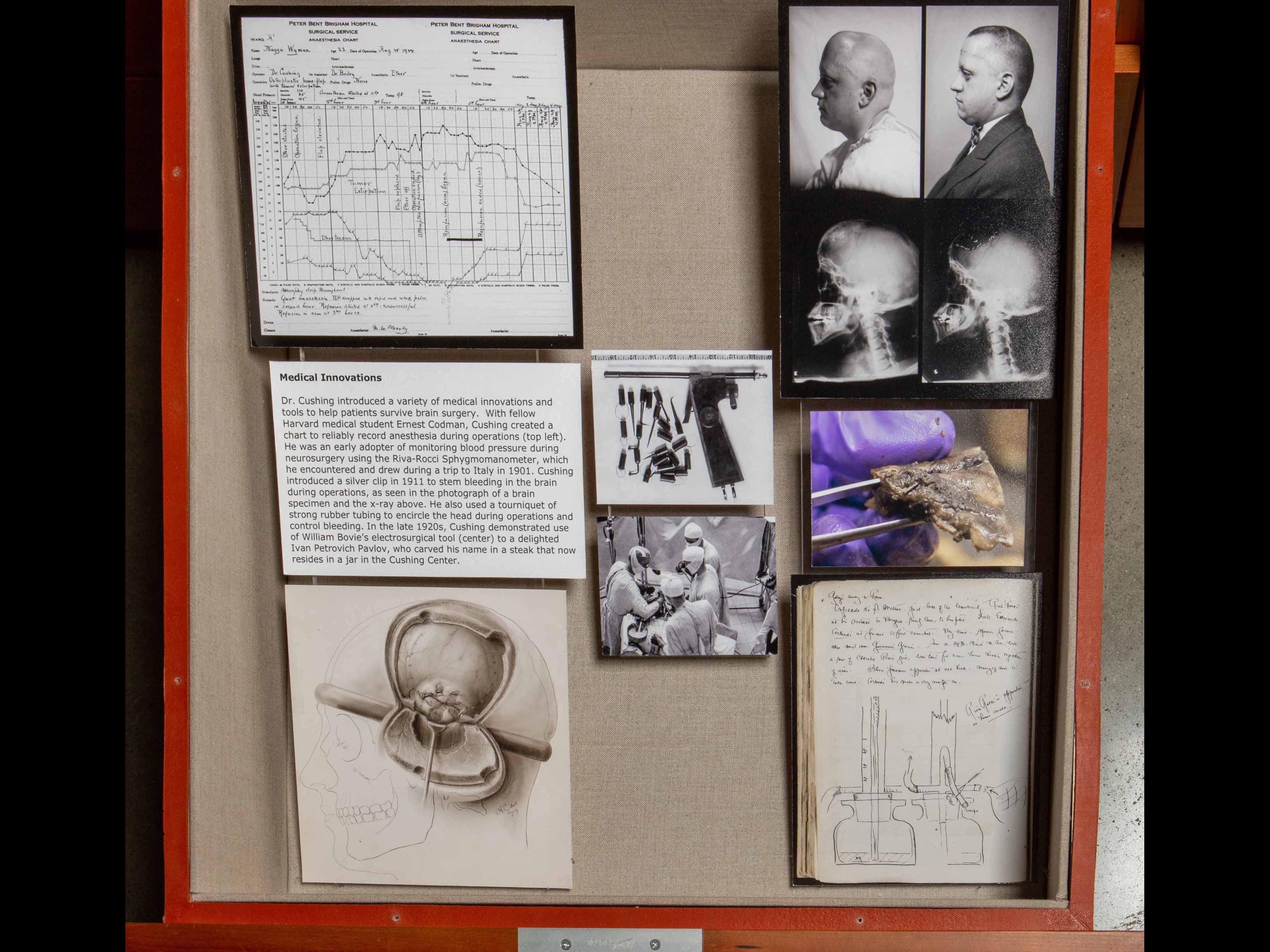 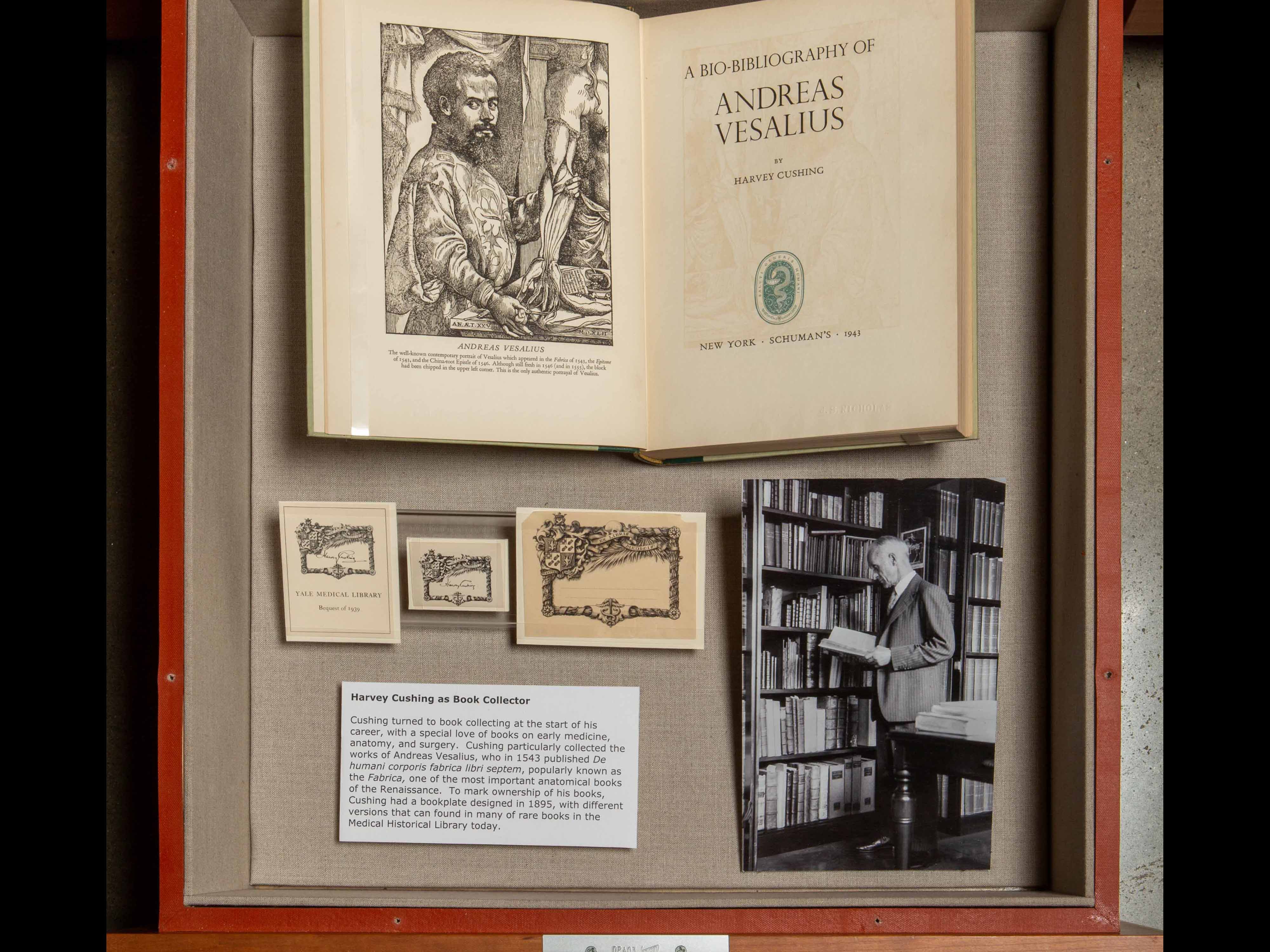 5B Harvey Cushing as Book Collector 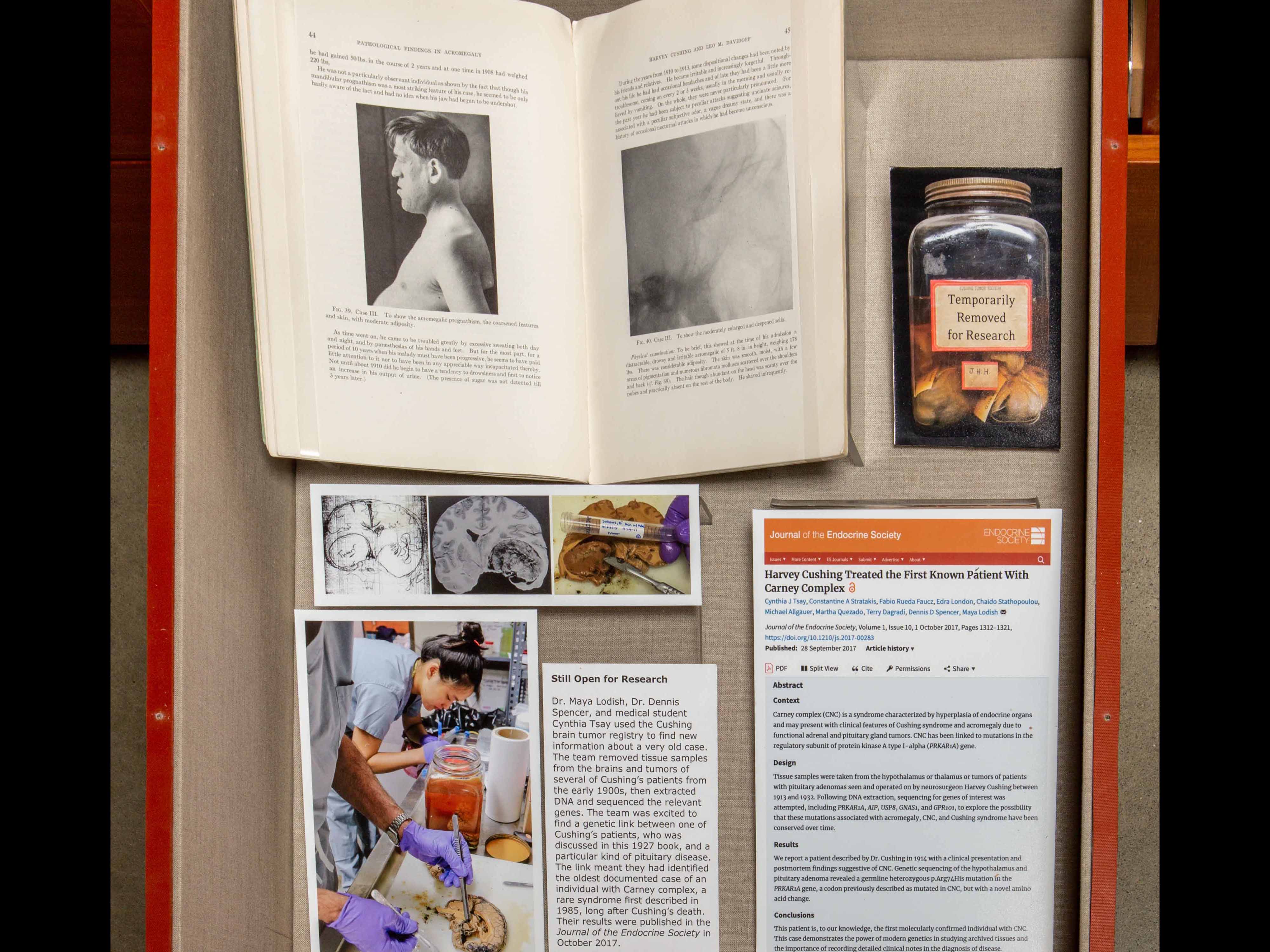 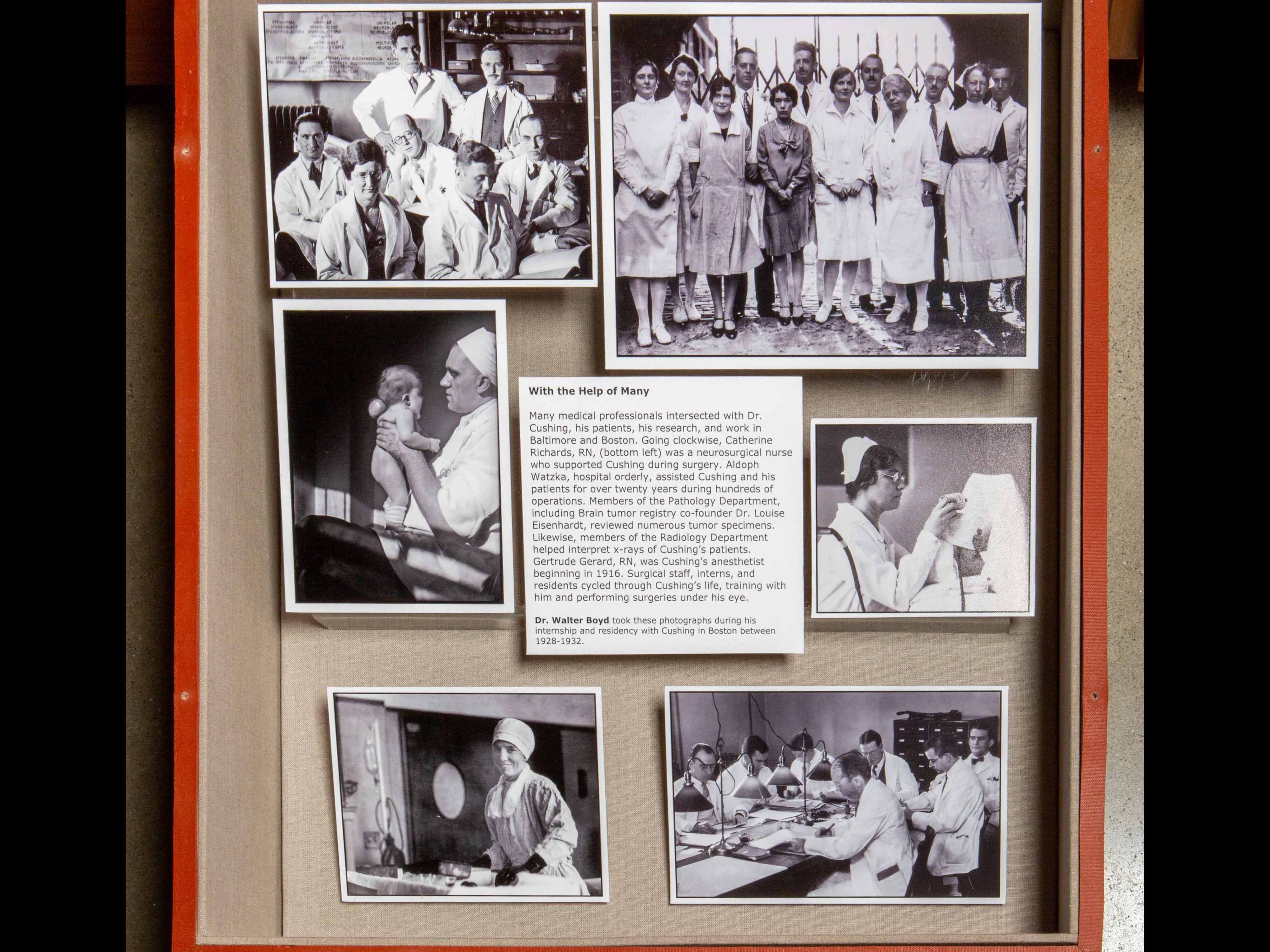 6B With the Help of Many 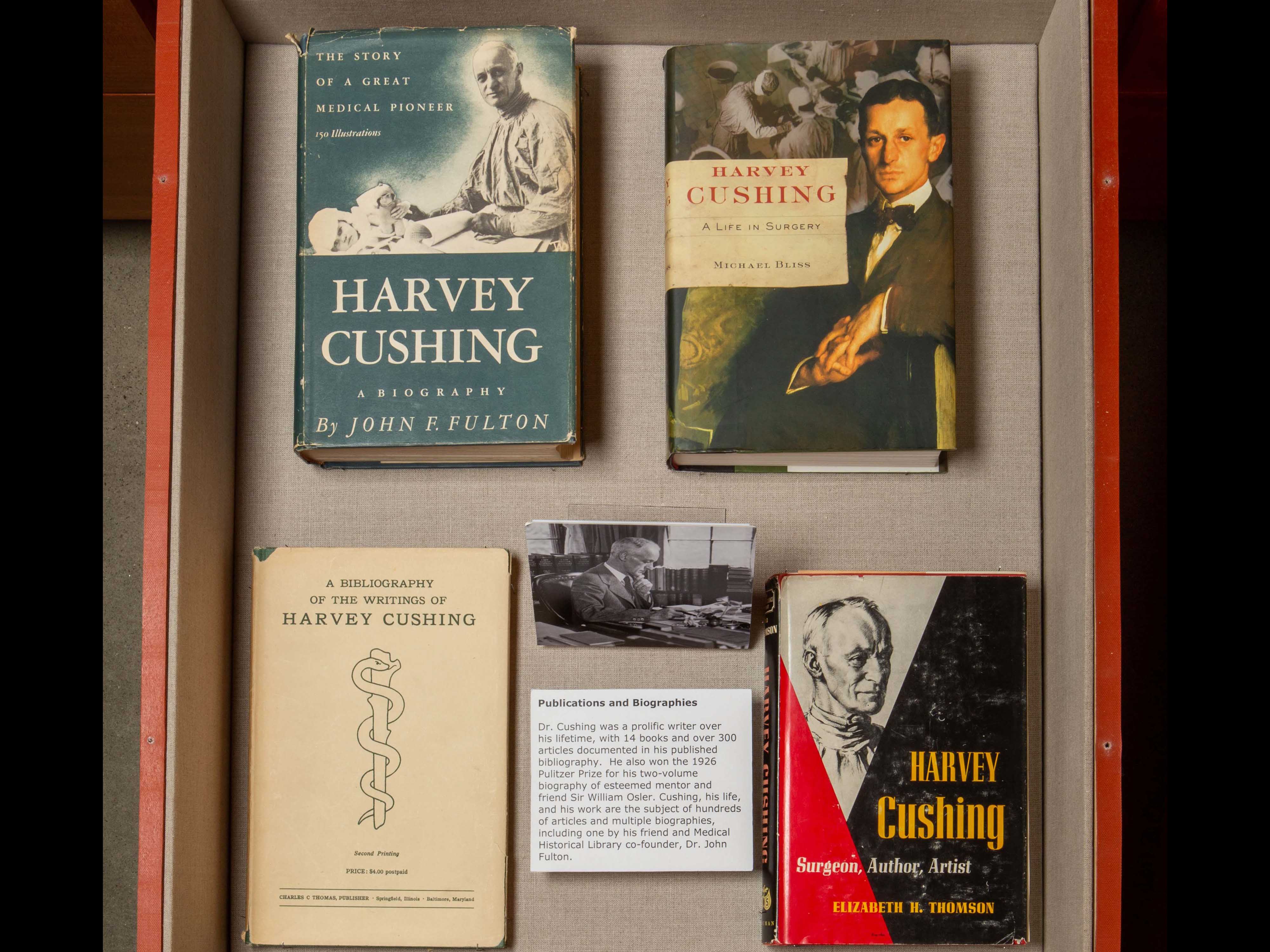 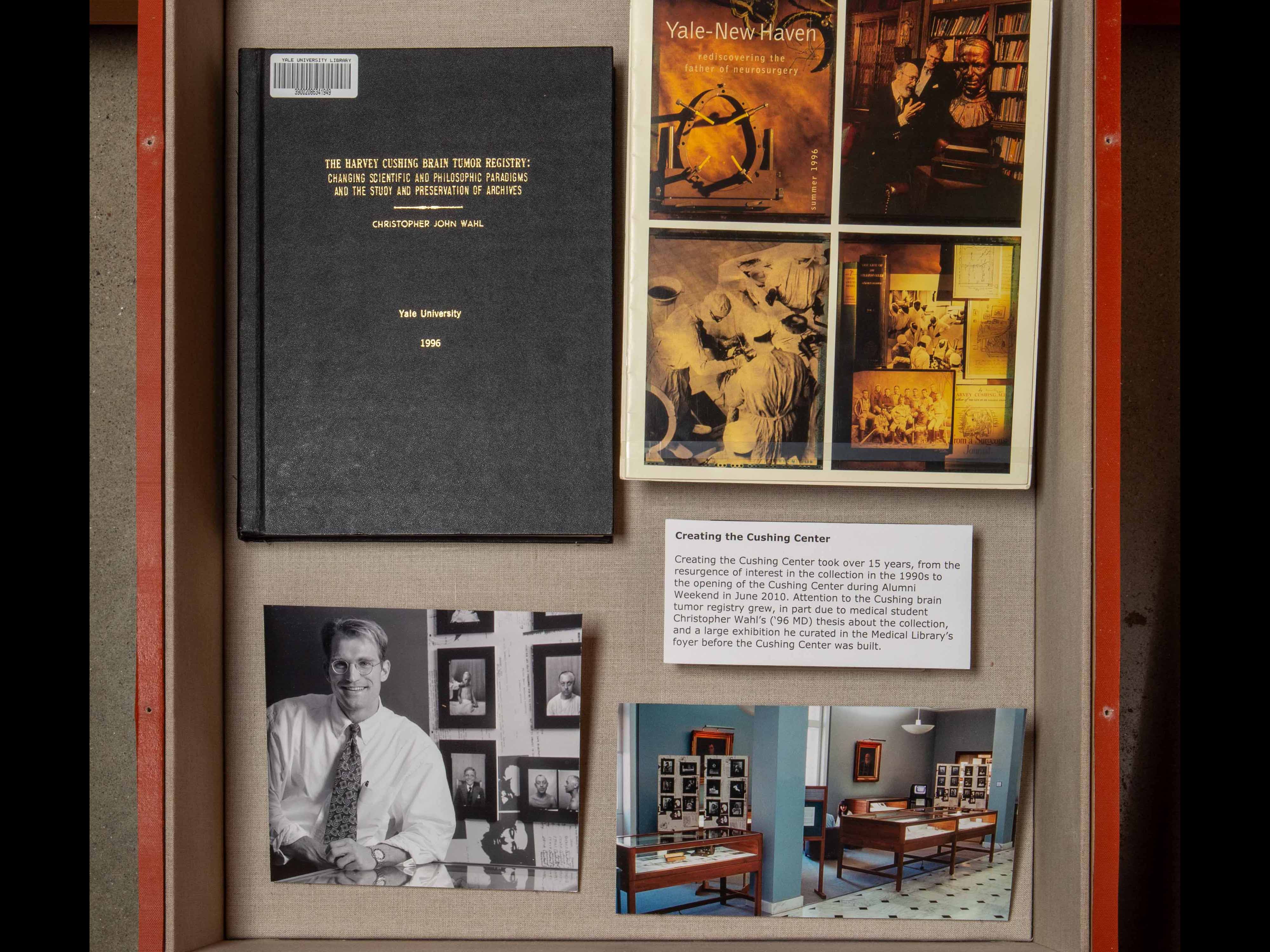 7B Creating the Cushing Center 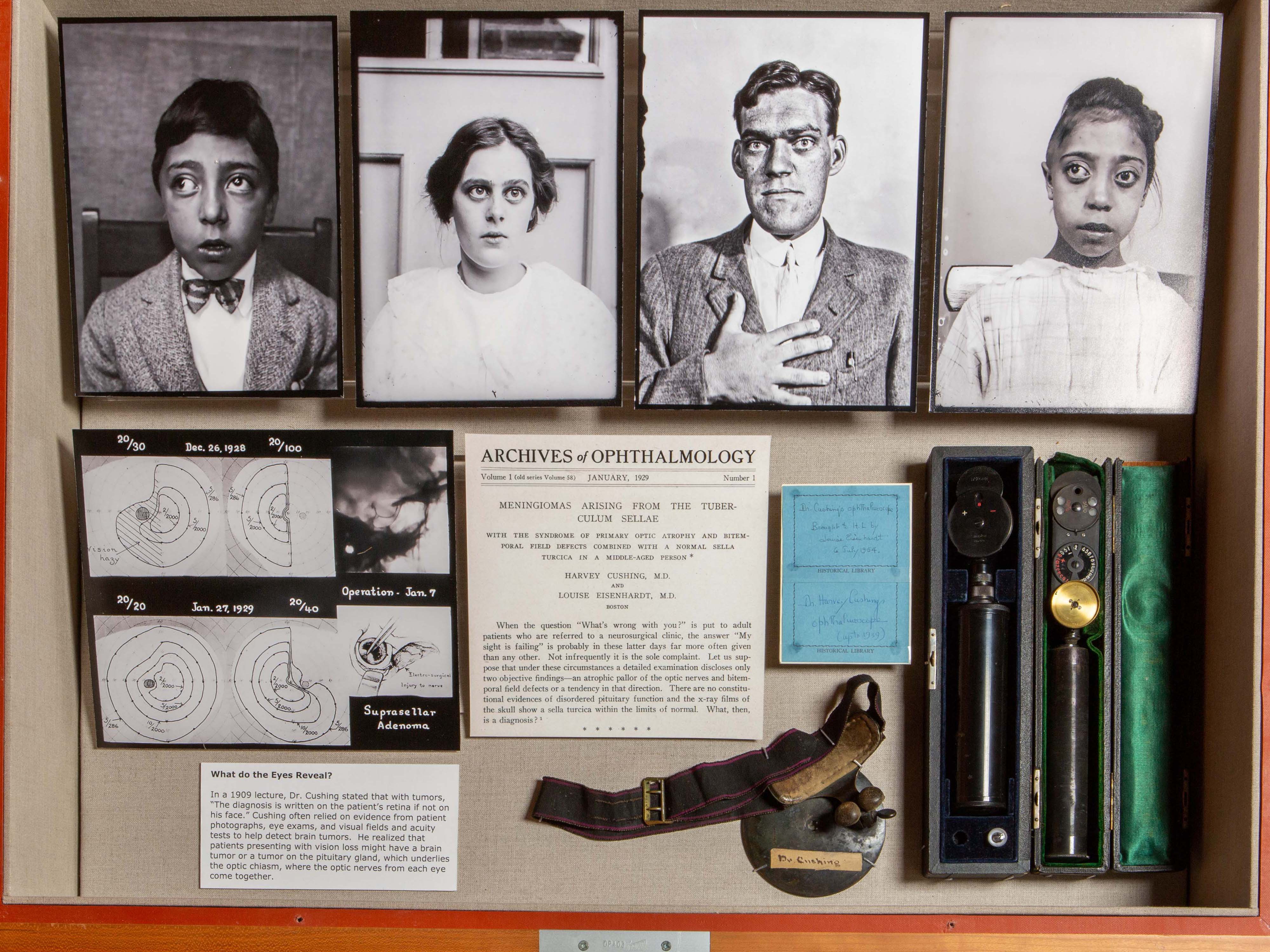 8T What do the Eyes Reveal? 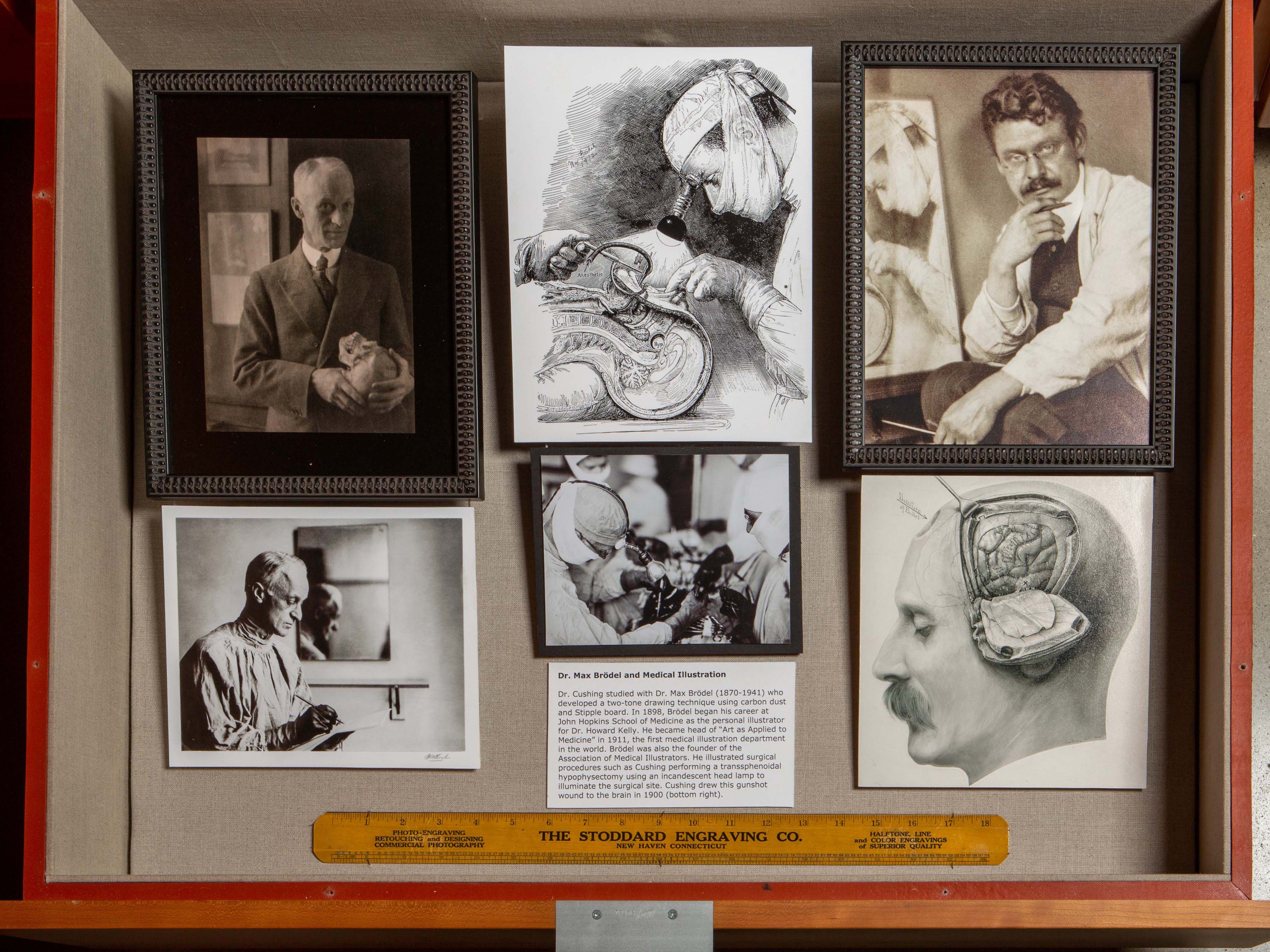 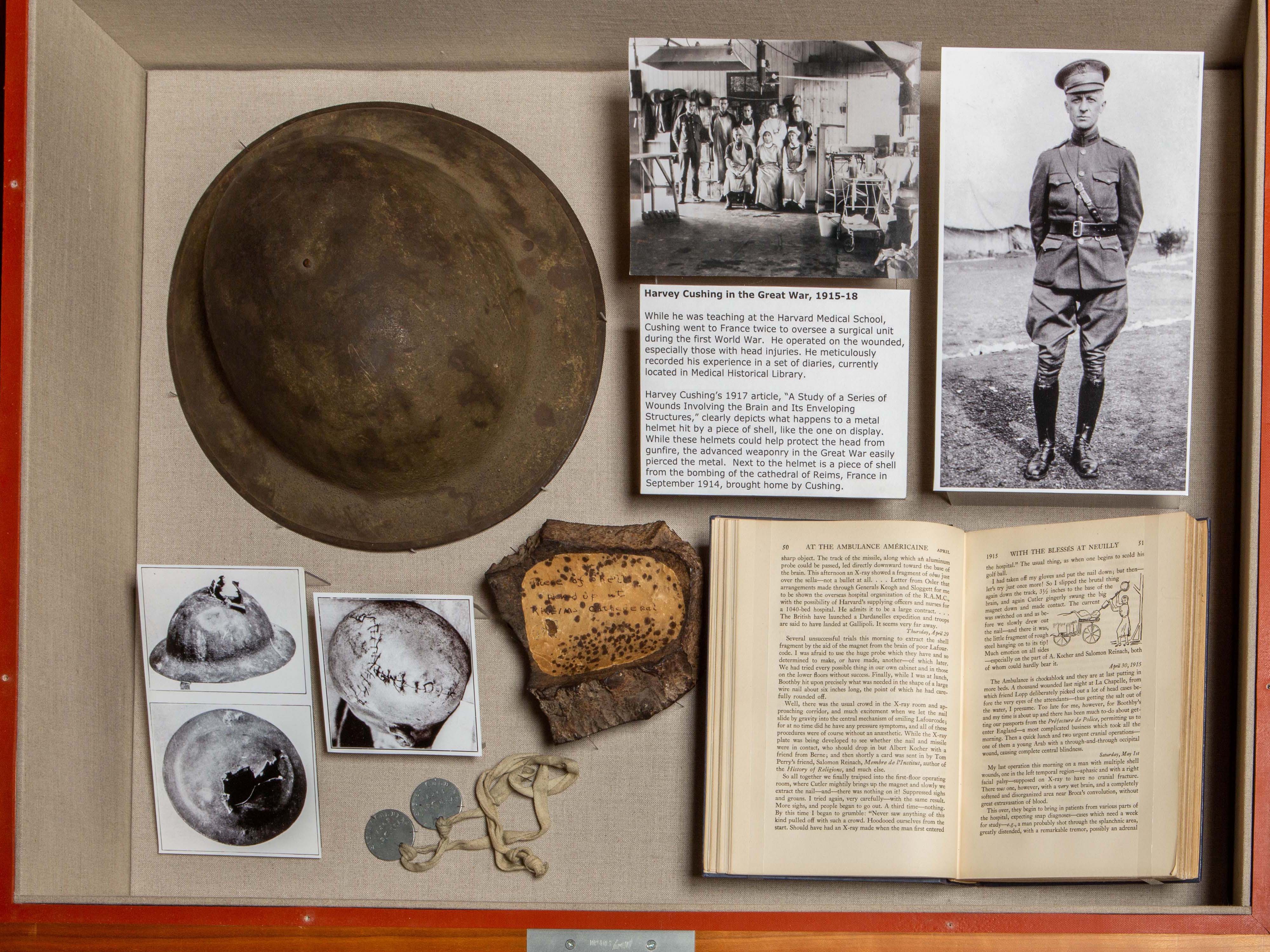 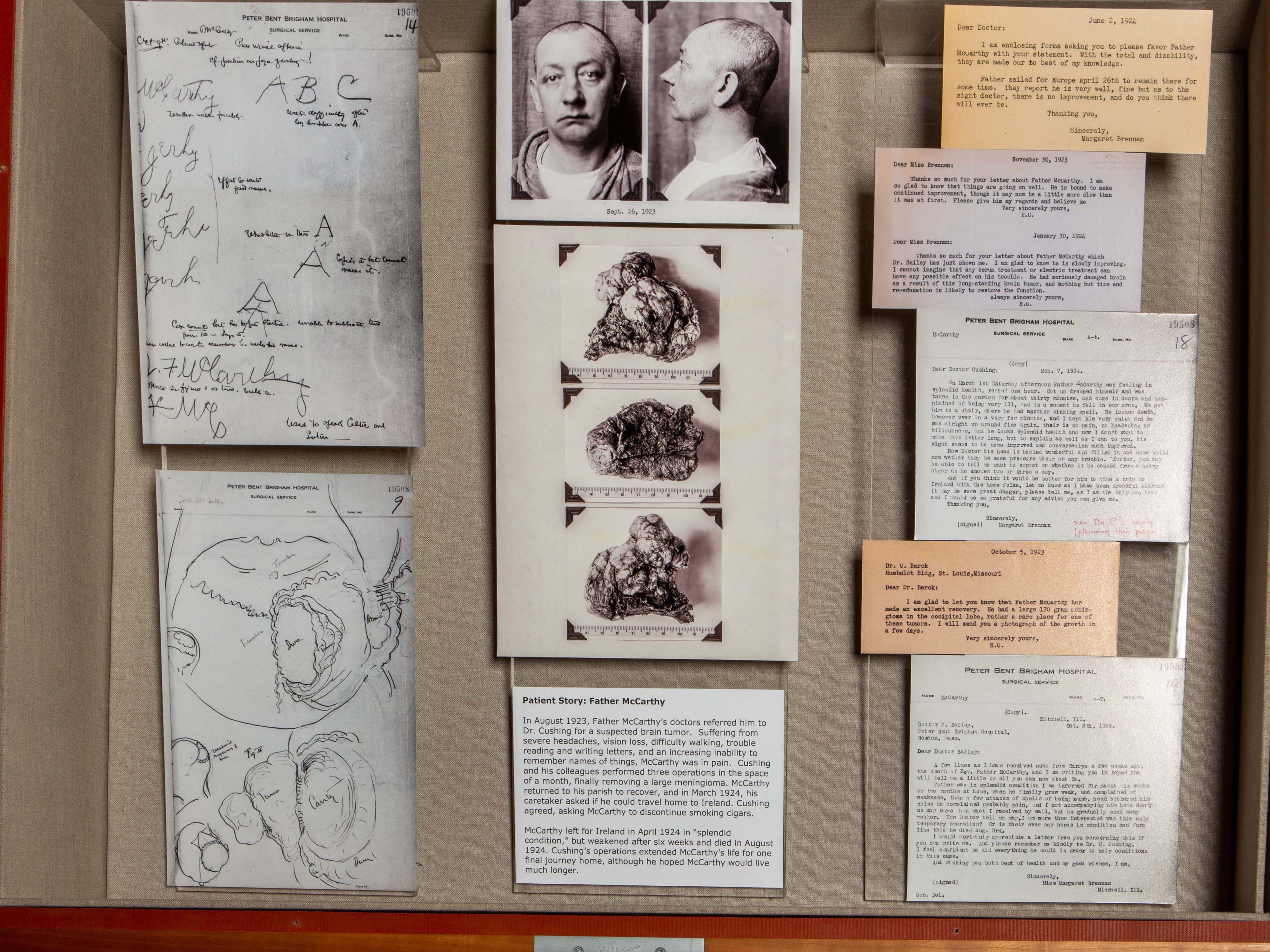 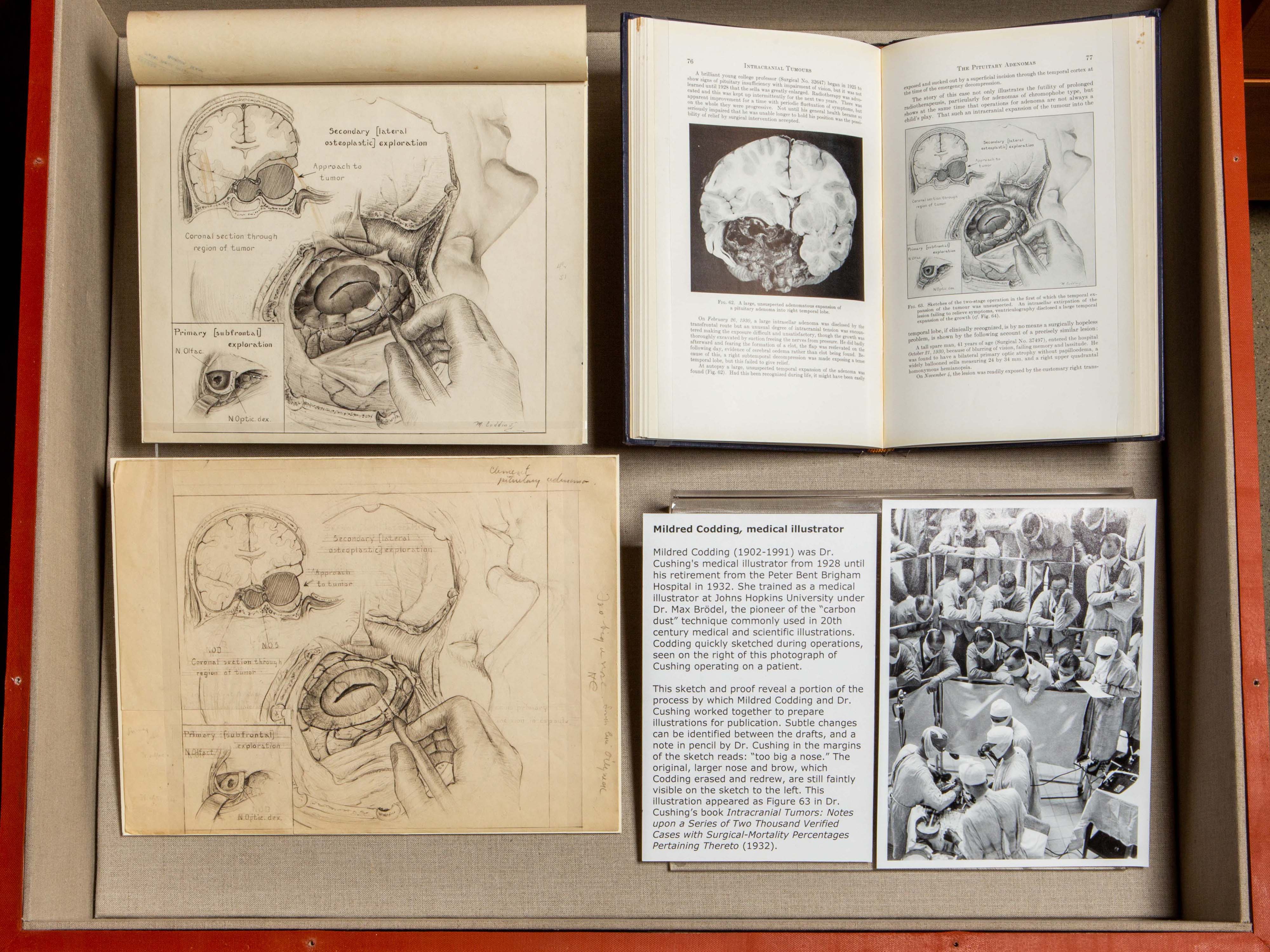 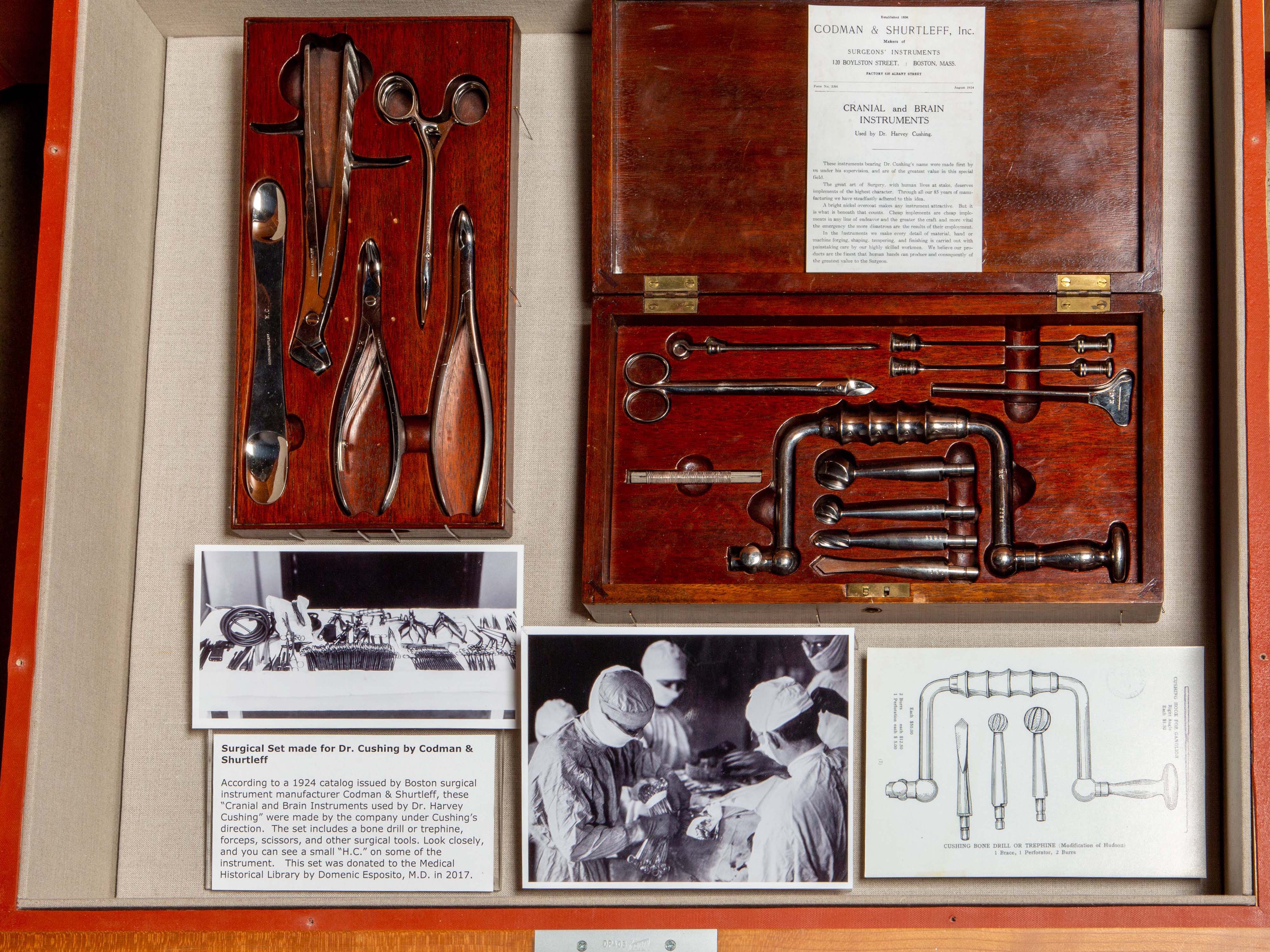 10B Surgical Set made for Dr. Cushing by Codman & Shurtleff 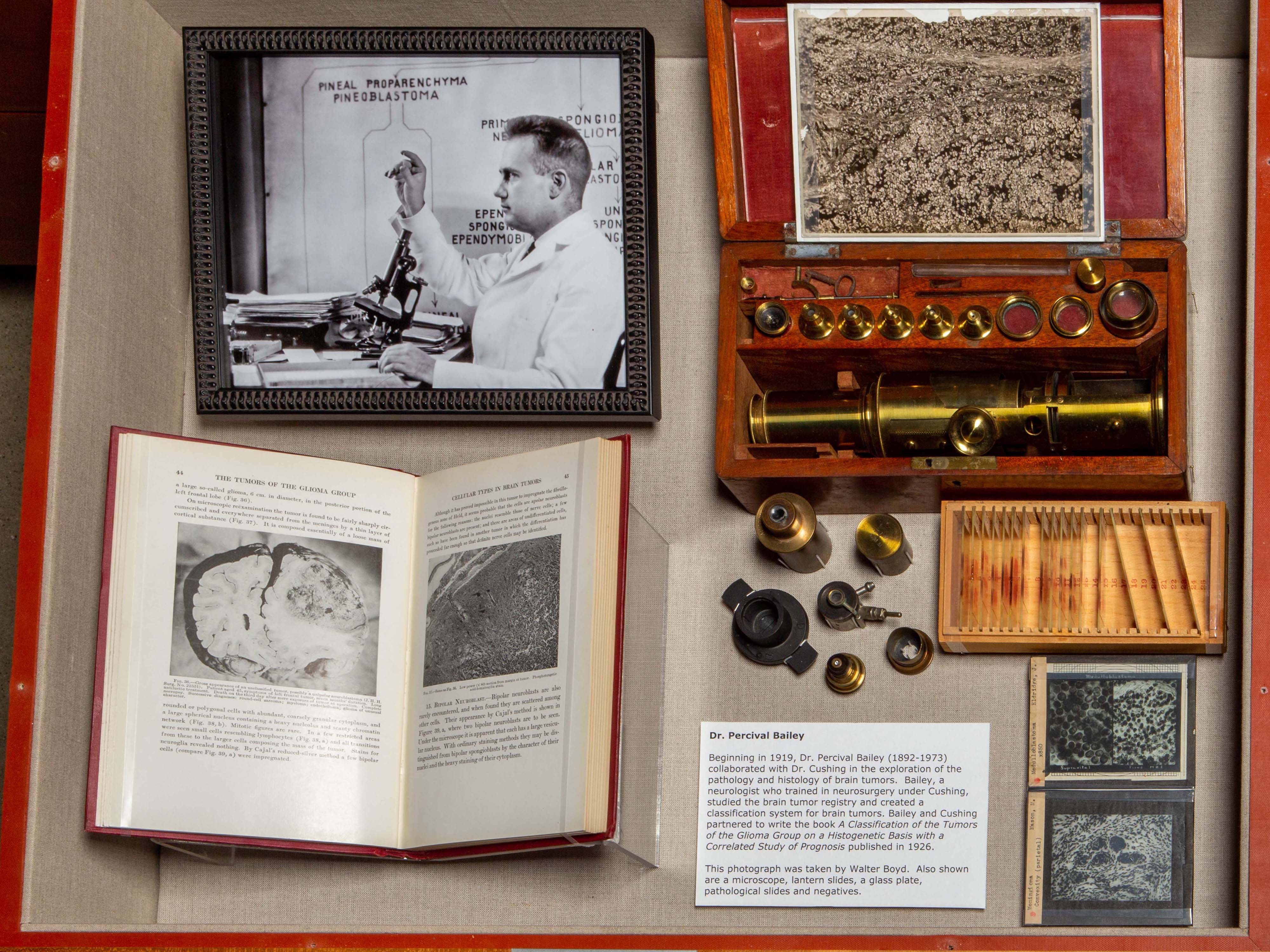 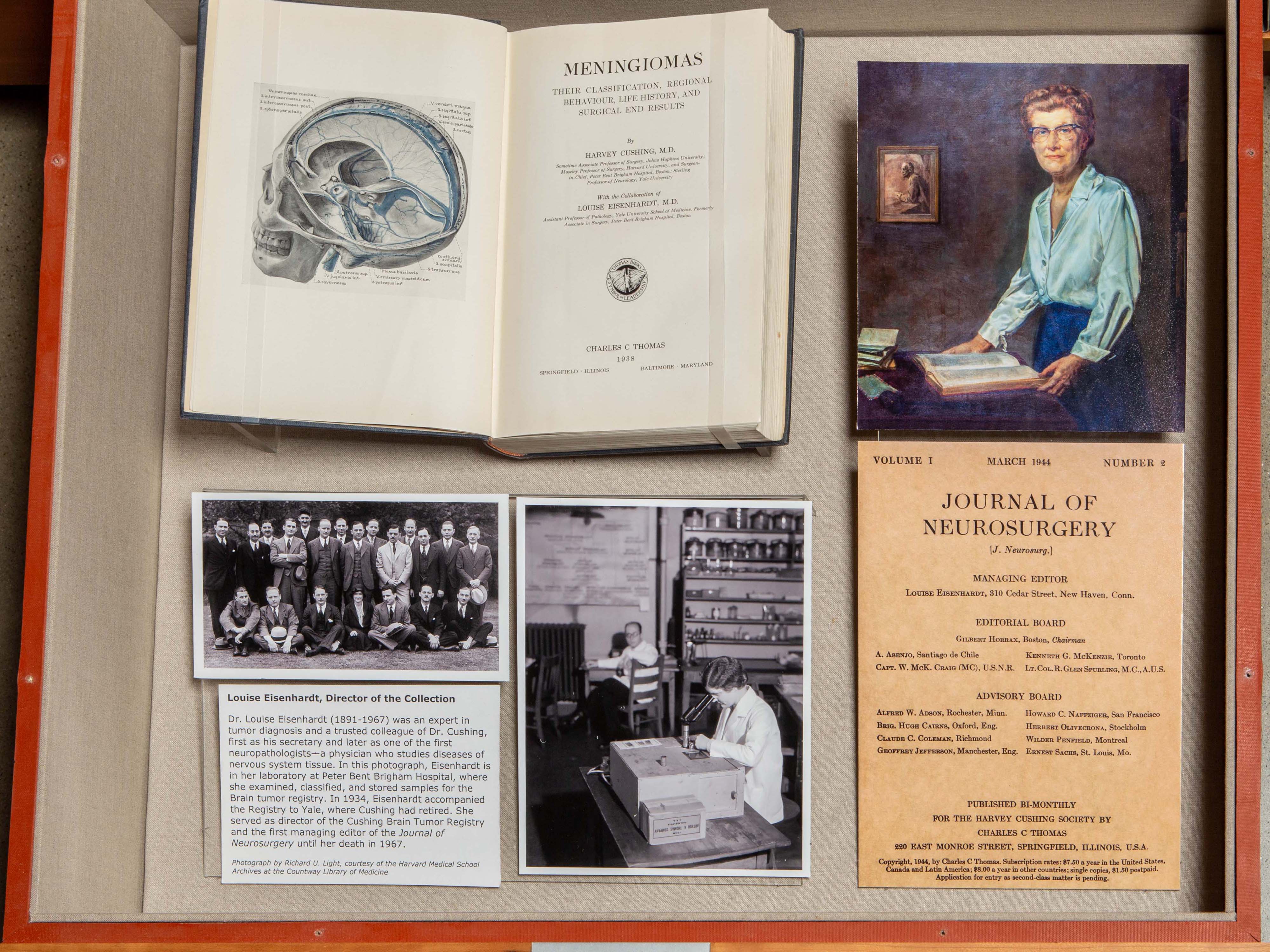 11B Louise Eisenhardt, Director of the Collection