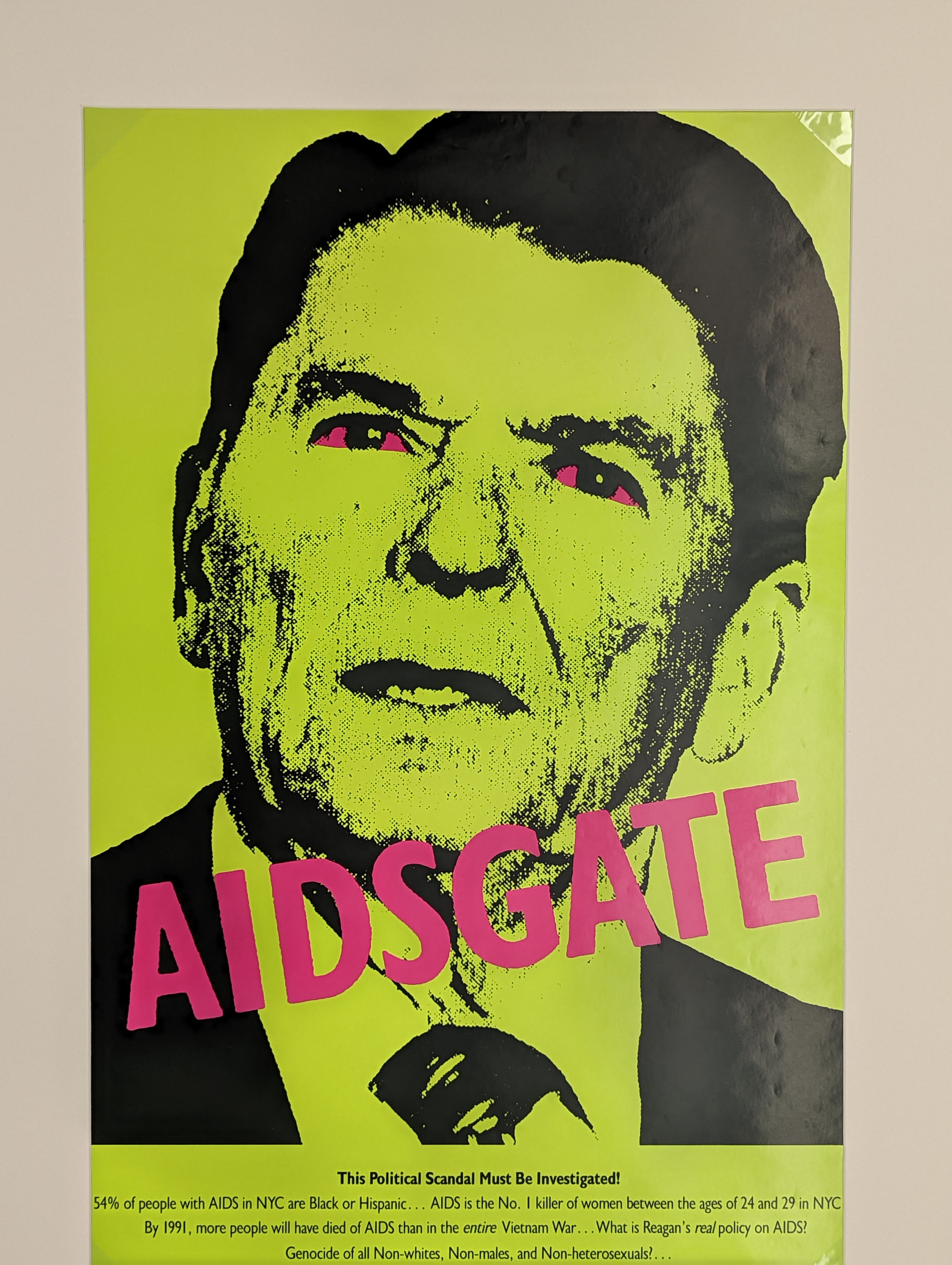 Come visit the newest exhibition featured in the Medical Library’s Hallway space! Highlighted on the walls of our newest exhibition are posters reflecting activism on behalf of women, children, and the HIV/AIDS community, dating from 1970-1998. These posters provide snapshots of larger efforts by activists to challenge the status quo and promote the welfare of people who needed action from government and industry groups. The Historical Library houses over 2,000 posters reflecting the history of medicine and health broadly, including materials related to activism and social movements.

Featured posters include AIDSGATE, 1987, from the Silence = Death Project, criticizing President Ronald Reagan’s lackluster response to the HIV/AIDS epidemic that roared through America and the world in the 1980s.