Electrosurgical in the Operating Room 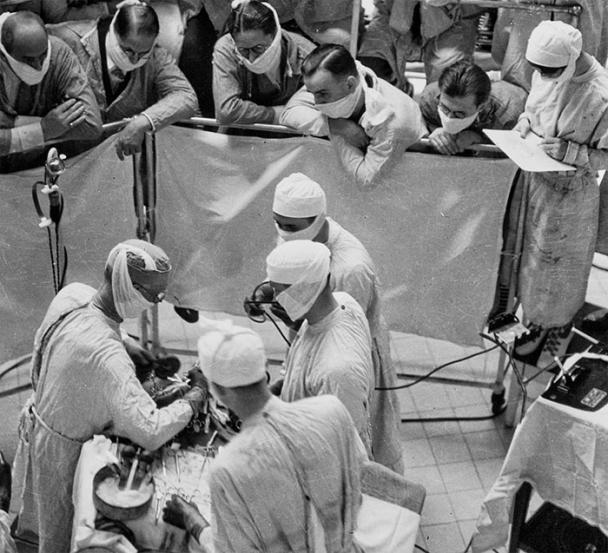 On October 1, 1926 at Peter Bent Brigham Hospital in Boston, Massachusetts, Harvey Cushing performed an operation—removal of a mass from a patient’s head -- using the first commercial electrosurgical generator developed by to William T. Bovie [1], an engineer employed at Harvard University. The Bovie unit passed high frequency alternating current into the body, allowing the current to cut or coagulate. The device drastically reduced the complications of bleeding during intracranial operations, further reducing the mortality rates during brain surgery. After 88 years this basic device remains a fundamental tool in the practice of surgery.

When Cushing began his surgical career in the early 1900s, brain tumors were considered to be inoperable. At that time the mortality rate for a surgical procedure involving the opening of the skull was around 90%. Cushing dramatically reduced the mortality rate for neurosurgery to less than 10%, and by the time of his retirement from the Peter Bent Brigham Hospital in 1932, he had successfully removed more than 2,000 tumors.[2]

[1] Bovie, WT; Cushing, H (1928). "Electrosurgery as an aid to the removal of intracranial tumors with a preliminary note on a new surgical-current generator". Surg Gynecol Obstet 47: 751–84.