On view June 22through September 17 in the Medical Library Foyer. 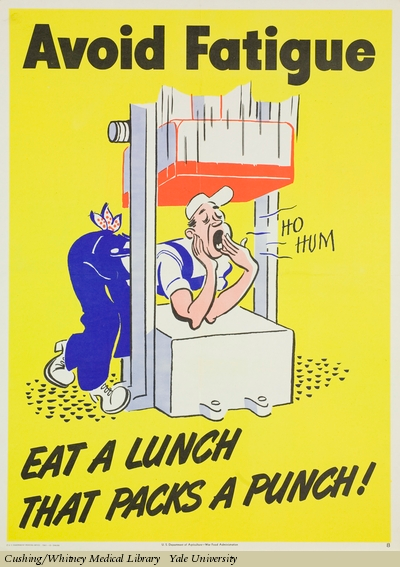 During World War II, responsible food habits were promoted as a contribution to the war effort by the U.S. government.

The Eat to Beat the Devil series published in 1942 by Servel, Inc., makers of the gas refrigerator, fostered the idea of “eating for victory” and promoted good nutrition as an expression of patriotism. 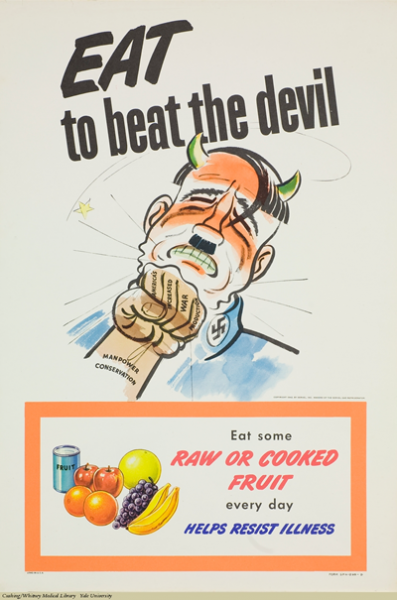 Eat to Beat the Devil 1942
Published by Servel, Inc.
Purchased through the John F. Fulton Fund 2007