on view June 22 through September 17 in the Cushing Rotunda.


This set of small posters, shown in its entirety, was designed for parenting classes, waiting rooms, and formal exhibits.  Many of the posters employed “photomontage” which combined a photographic image with a drawn background—a “modern” graphic technique which served to reinforce the “modern” message.

The well- worn set was transferred in 2009 to the Historical Library from the open stacks where it was spotted by a member of the Department of Obstetrics, Gynecology, and Reproductive Services.  The set is now quite rare--one of four in World Cat, the largest public access online library catalog.

This set is available online in the Cushing\Whitney Medical Digital Library. 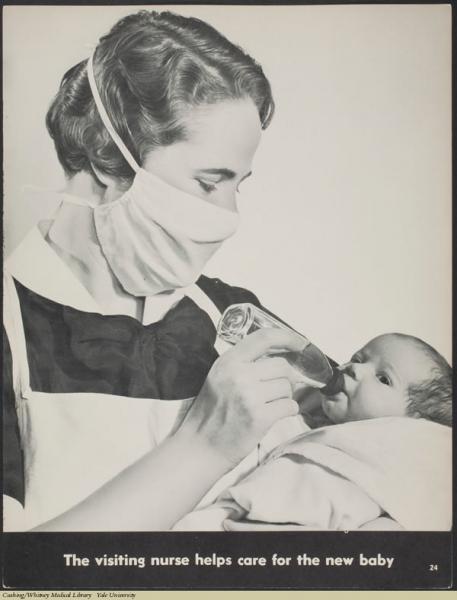 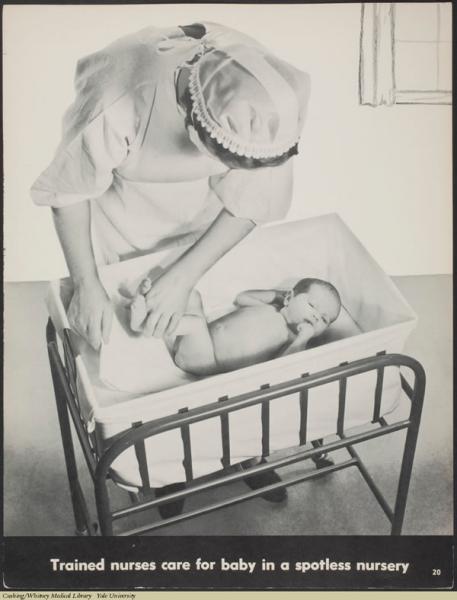